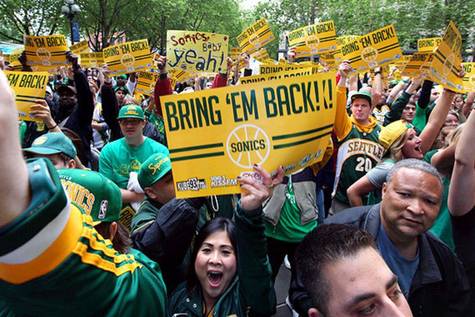 SUMMARY:
Recall the Seattle City council members for not allowing the Seattle Supersonics to build a stadium. Chris Hansen needed city approval to take over one street in Seattle so that he could build the stadium. That street was denied and no viable reason was provided. This petition calls for the recall of the Seattle city council or a viable reason the street should remain. In order to recall the council members we need a certain number of Seattle voters to sign this petition.

Thanks for reading. My name is Elliott Harrison and i have lived in the greater Seattle area for 28 years. Lets band together and bring our team back.