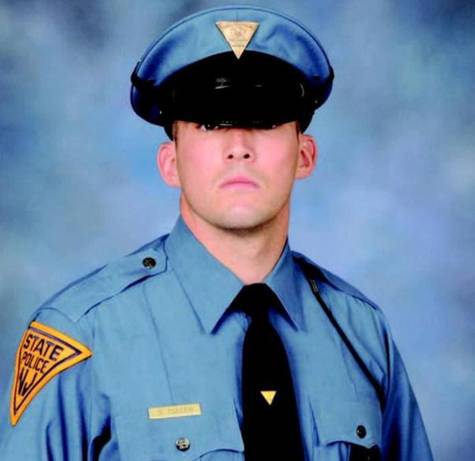 On March 8, 2016, Trooper Sean E. Cullen died in the line of duty. He was a resident of Cinnaminson, NJ for the last 23 years. Sean was a 2003 graduate of Cinnaminson High School, where he set the bar for his successors with over 100 wrestling wins. Sean was an All-American wrestler at Lycoming College, graduating in 2007, and he was inducted into the Hall of Fame in 2012. In addition to protecting his community through the Bellmawr Barracks of the NJ State Police, Sean also gave back to his high school as a volunteer wrestling coach.

Sean was a captivating and memorable man. He believed that life was to be filled with laughter, and he strove to make others smile and laugh with his strong wit and hilarious antics.

It would be a honor to the Cinnaminson community to have the high school’s new gymnasium named after Sean. Please sign if you believe the new gymnasium should be named the Sean E. Cullen Memorial Gymnasium.