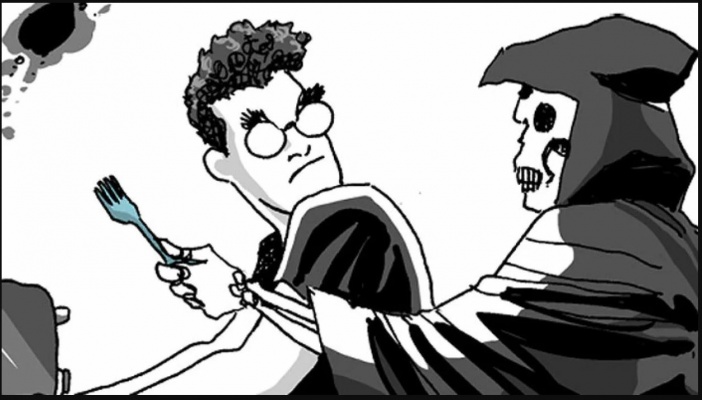 Scott Koblish's childhood was spent drawing, working at his school's radio station, and mishearing lyrics - which he is slowly realizing as an adult. As an artist, it was not uncommon for him to mishear lyrics and immediately begin to build a world around his kooky new songs.

Most ridiculous and most beloved is his version of Africa by Toto which, in his highly creative imagination, involved werewolves and Martians.

I think that his version deserves to be recognized and heard by all.

If you search for Scott Koblish on YouTube you can see his musical abilities.

There are a lot of covers of Africa, but how many involve Martians?? Give us the #KoblishCut