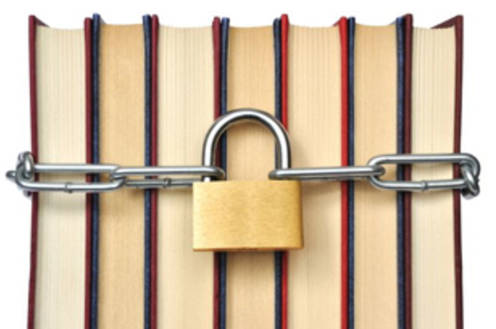 “Human beings are members of a whole, in creation of one essence and soul.”
Saadi Shirazi

“Observe good faith and justice toward all nations. Cultivate peace and harmony with all.”
George Washington

This is a letter written by Iranian prospective students and researchers with hope for the sake of humanity and peace. We, the Iranian students, relying on the great conceptions of freedom and peace, confirm the necessity of profound and interwoven rapports between all nations, and are their advocates. That is the underpinning of the great nation, America: “a new nation, conceived in liberty, and dedicated to the proposition that all men are created equal”, Lincoln. America, the haven for the substantiation of the equalization among human-being, is the land in whole of which the sole force of freedom should be dominated; A modern territory, progressive and great, on the support of noble elites, the performers of the unique and perennial role for the sublimity of this land, the origin and fountainhead of the prodigious mankind achievements. The achievements are undoubtedly indebted to elites from across the world; among them Iranian students.

We, the Iranian students, the adherents of the spirit of liberality and the worldwide signification of the peace, believe it to be incumbent upon ourselves to continue being harbingers of peace and the hope for a better future, hand in hand, beyond borders. We are of the belief that, regardless of the diversity in conditions, we can stand alongside one another, side by side, equal, for the sake of humanity, and endorse together: “Freedom is indivisible, and when one man is enslaved, all are not free,” Kennedy.

We, the students, profoundly believe that the ultimate goal of education is to tear geographical barriers apart and to create a sense of unity in people. We, the educated, are enlightened and taught to accept people as diverse as they are, for the beauty is in diversity. Excellence and prosperity are in diversity and America's academic prosperity is in its acceptance of people of any race, color, nationality, and religion. We, the students, are in search of excellence along with preservation of human values and rights. We love and care for people of all nationalities. We, once had a dream, “a dream deeply rooted in the American dream. A dream that one day this nation will rise up and live out the true meaning of its creed: We hold these truths to be self-evident, that all men are created equal,” Luther King. We, the Iranian students, had a dream once!

Now at the United States, Keyvan is worried about his spouse, Maryam, to join him. Maryam, trying to get legal US visa, made an appointment at the embassy. Now, Omid, the owner of several academic awards, among them Olympiad medals, cannot enroll in his dream university, Stanford. Now, Sina and his wife, after great efforts, with excellent résumes, should abandon the dream of Berkeley. Now, New York University, should be forgotten from the Shadi's mind, after the countless hours of research, working, and studying. Now, Shams, with entire life of endeavor, must cease his academic life and pass the two-year mandatory military service instead of pursuing the dream of high quality education in Washington. Receiving racially motivated threat to leave the USA immediately in Texas, now, Farnaz worries for her future there. After attempts to murder Iranians at Missouri, many Iranians are worried whether this would happen again. The damage to the academic community is rampant and tragic. These are just a few instances of a whole, about what is really happening now for us.

Most of us, writing this letter, having gone through so much hardship and having spent so much energy and money for the sake of our education, applied for the excellent American universities to keep going on this way. Due to the current situation, not being able to get the student non-immigrant visa, there are some universities there that reject strong applicants from all these six countries, without having a chance of deferring to subsequent semesters, as the new order significantly delays our visa process. Most of us, writing this letter, have passed several difficult security checks or have made an appointment at the embassies to get the non-immigrant visa to enter the USA. Believing strongly in the idea of America, the nation of diversities, we have a dream to pursue our further research and studies, to construct a picturesque edifice, as our ancestors. We had a dream once, and this is our dream.

Addressing you, we, the prospective students and researchers suffering from the new order, anticipate that it is within your power to help resolve the hindrance of new executive order and make us strong again to develop cultural and scientific achievement of the humanity, spread the message of peace and to make a better world and a greater America. We strongly desire to keep alive a dream of both the writers of this letter and all others from these six nations.

P.S.: Please find the attached letter signed by more than 1000 individuals who kindly ask the media, lawyers, people, and universities to stand with them: https://www.ipetitions.com/petition/no-to-student-ban