Sending bids with collages of naked women on them? This is sexism, plain and simple, and we refuse to tolerate it on our campus.

The student body has already voted in favor of admitting students of all genders to fraternities. Phi Psi's objectifying and offensive invitations are a bitter reminder that gender discrimination is an ongoing issue for these student groups. Permitting fraternities to distribute such images without public rebuke creates an unsafe and harassing environment for students at the college.
We are asking the Student Budget Committee to enforce the Spring 2013 referendum by placing a moratorium on allocating any and all funding for fraternity parties until they have achieved a minimum of 10% female membership, and formally change their policies to open membership to all students, irrespective of gender identity or presentation. 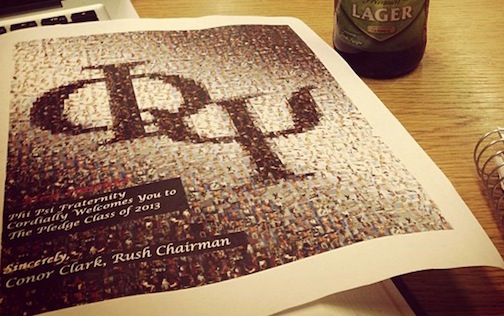