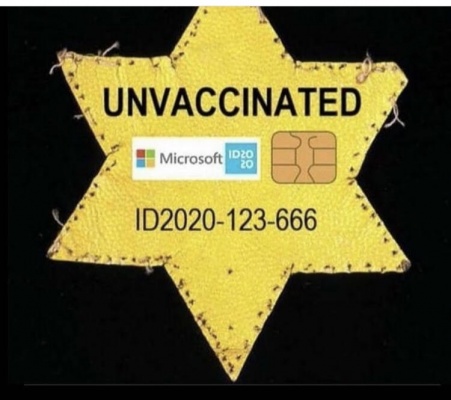 Say NO To Vaccine Mandates in Canada

We the undersigned, call on the Canadian Government to end human rights abuses in Canada now. Will not sit idly by while Canada is turned into an apartheid state. As concerned Canadians citizens, and allies, we are prepared to take these issues of human rights abuses to the Supreme Court of Canada. The vaccine mandates and segregation in Canada must end now!

Watching human rights abuses take place around the world should make people ask why this is happening. If the Canadian Government continues to curtail people's freedoms based on their "vaccine status, then what other forms of segregation will they impose?

In the United States, some football teams are forcing their non-vaccinated players to wear yellow wristbands in the same way that Jewish citizens in Europe during WWII were forced to identify themselves publicly as Jewish by having to wear a yellow Star of David. These actions are despicable and must be stopped.

No one should be forced to do anything against their will, least of all take a vaccine.

Innumerable, world-renowned scientists and doctors, as well as those who have suffered injuries as a result of having taken the vaccine have been warning us and continue to warn all of us of the dangers of the vaccine. That people continue to be forced to take the vaccine in order to keep their jobs or else get segregated from society for choosing bodily autonomy is not good governance, it is fascism.

It is time to end the segregation of society and the mandating of the Covid-19 vaccine now.