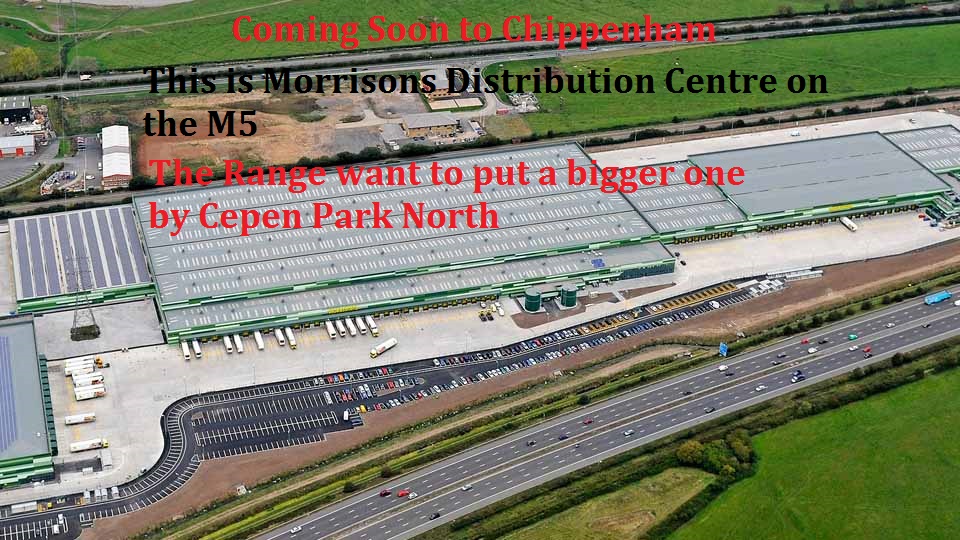 Say No To The Range

The Range is trying to build a huge monstrosity between Cepen Park North and Allington, a site of high residential properties and a conservation area. Do you believe big businessmen and officials when they say they are doing things for the good of the community? Or do you think that the community knows what is best for them?

They promise UPTO 1,000 jobs. We like jobs, but not at the expense of jobs in our Town Centre. We also want jobs that are WELL PAID, not LOW PAID?
Do you think that a building the size of 20 + football pitches, built on a flood plain, by Hardenhuish Brook, which is prone to cause flooding in Chippenham Town Centre can ever be of a design that is functional and sympathetic to the surrounding area?

Do you think that a Low Carbon building will be of little use when there are 74 bays for the hundreds of lorries and cars that will be polluting the atmosphere?

Do you think that the Developers by positioning a warehouse that operates 24/7 across the road from an area of dense residential properties even considered the welfare and safety of residents?

Do you want to see our high street die, the supposed 1000 jobs here come at the cost of the employees and traders of the high street?