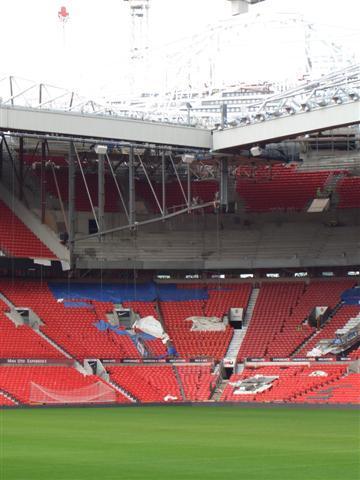 Say "No" to the Old Trafford Singing Section

564 people have signed this petition. Add your name now!

Manchester United have announced that they will be evicting season ticket holders from N2401 & N2402 and replacing them with a "Singing Section".
This has been done with minimal consultation and without any face-to-face discussions with the loyal supporters concerned.
The decision makers lack the mandate to make such a crucial decision without the support of those those who are most affected! J-Stand season ticket holders deserve a great deal more from the club and from their supposed 'fans representatives'. After all, they have spent £000's following their beloved club and have sung themselves hoarse for the cause.
Please consider how you would feel if you were displaced from your seat, separated from friends/family and more than likely cast into the upper tiers... let's not let this travesty happen!
Thank you for your help in bringing this issue to the attention of the public!