Say No To Snooki in MoTown 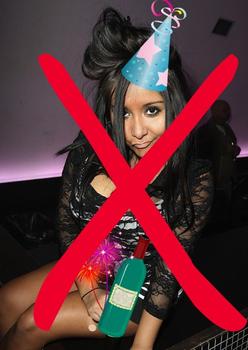 The Morristown Patch reports that a Jersey Shore spinoff is in the works for the characters from MTV's show to begin filming in Morristown. Whether you live here, visit on the weekends for a night out or are just simply fed up with the exposure these "celebrities" get then please sign! I feel that this negative piece of popular culture would not reflect our wonderful town in a positive light. Our police force is already overworked and outmanned to now have to handle the crowd control this will cause. Morristown faces far more pressing issues than having to worry about the influx of people who will hope to catch a glimpse of the cast or a get chance to appear on television. If you agree with me then I ask you please sign this petition and perhaps Mayor Dougherty & his colleagues on the city council will take the high road and reject the request to film here.

UPDATE: The Mayor stated that there is no way he can stop the production, if enough people sign then he can tell them on our behalf they are NOT WELCOME! We are not asking for denial based on legal grounds. This petition is asking the town to notify 495/MTV to find somewhere else.

What else can we do? We can inform local business owners and establishments that we will not shop or visit their locations if they support production!