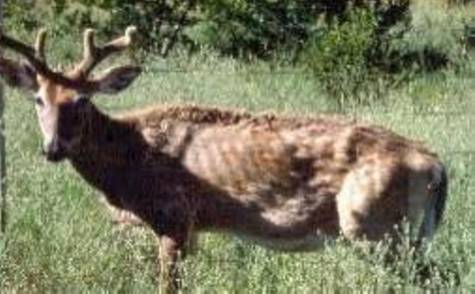 We are sportsmen and NC residents that is very much against the deer farming related legislation that is being pushed by a few wealthy deer farmers.

There has been a back door “trick” played to get the “deer farming” deal back into SB 513 after it was properly defeated through normal procedure.

Section 14 of Senate Bill 513, the "Deer Smuggler Protection Act," will endanger North Carolina's deer hunting tradition to benefit a few wealthy land owners. Deer farming is proven to contribute to the spread of Chronic Wasting Disease (CWD). If CWD gets into our indigenous deer population it will have very negative consequences for deer and deer hunting. This is not just hype, do due diligence and research the history of and current status of CWD in America.

It is fundamentally wrong that a few wealthy people can do something for personal gain that could negatively impact 1.63 Million Sportsmen and Women! I can promise you that 5 people cannot win an election, the support of hunters can. Do the right thing say no to SB 513!

Sincerely, The residents that voted you into Office