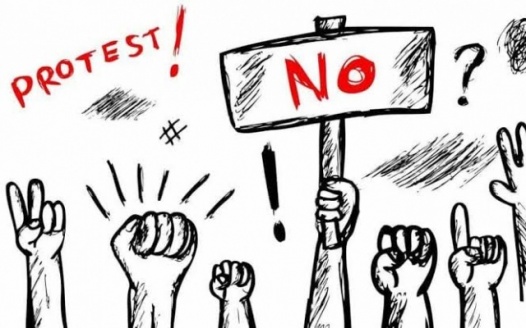 Say No to Exploitation, Enslavement And Demeaning of Writers In Nigeria By Opera News Hub Nigeria

The very first subtle fraudulent act by Opera News Hub Nigeria was using the term "Bonus" when that happened to be the only payment writers will ever get on the platform. This was a very strong and attractive bait that brought a lot of writers to the platform. It is known that the word "Bonus" pertaining to money means extra money on top of a fixed amount of money. But this wasn't the case with Opera News Hub Nigeria because the "traffic bonus" and "engagement bonus" happened not to be a bonus at all but the only payment writers got from the platform. After numerous agitations by writers for a long period of time, they reluctantly changed the term "bonus" to "fees" which means they knew exactly what they were doing. Their excuse and bail-out line was that only signed writers (writers that signed a contract with them) get to receive a fixed amount but unsigned writers don't get any fixed amount but only the "bonus". This could have been stated clearly in the payment terms for unsigned writers but it was purposely left out for the sole purpose of luring a lot of writers into the platform. The ridiculous bonus payment was 360 Naira ($1 USD) per 10,000 clicks on an article and 1,800 Naira per 100 engagement. This meant that if a writer got 9,999 clicks on an article and 99 engagements that he basically will be paid 0 naira for his/her or hard work. That is pure exploitation, prostitution, and fraud.

Amount Paid To Writers/Delay in Payment

After numerous agitations on the part of the already disappointed writers, Opera News Hub Nigeria finally decided to pay for every click and no more per 10,000 clicks on an article but at a ridiculous rate of 0.036 Naira per click which still added up to 360 Naira per 10,000 clicks which is still ridicule considering the amount of resources, time and energy it costs to write an attractive article that will attract up to 10,000 readers and above without using clickbait and sensationalism. This is one of the reasons 95% of the articles on Opera News Hub Nigeria are clickbait, unserious and highly sensationalized articles. Also, the engagement bonus or should I say payment still remained 1,800 Naira per 100 engagements (likes, shares, and comments). Who pays a creative writer, $1 to write an article or news report that will fetch 10,000 readers in a country like Nigeria where internet access and Data are very much on the high side?. The amount paid to writers on Opera News Hub Nigeria by Opera News Hub Nigeria is extremely exploitative and demoralizing and it should be stopped or changed. It's just a case of some very privileged people taking advantage of some very underprivileged, desperate and vulnerable creative people.

Also, the time of payment is always on the 15th of the next month and this means that writers are working for 45 days instead of 30 days before they are being paid this ridiculously small amount of money.

On the 1st of March 2020, Opera released some new terms for payments and significantly slashed down the already ridiculously low payment. Opera decided to cancel payments of "engagement bonus" (1,800 Naira per 100 engagement) to writers which means that writers will only get to be paid 0.036 Naira per click at the end of the month. What this means is that before a writer can make a reasonable amount that can at least cover the expenses of data used for the month, such a writer has to accumulate up to 1 million clicks to get 36,000 Naira at the end of the month which is a relatively and ridiculously low amount to be paid to a creative in a country like Nigeria with some very unfavorable economic situations. This new law also gives Opera the right to withdraw 5% of every writer's earnings for tax payment. This just makes it more horrible, exploitative and ridiculous. Writers are forced to work for as little as no pay. This should stop.

Amidst the already disturbing and unfavorable conditions on the hub, Opera now makes publishing a nightmare on the platform. Numerous cases of writers having their articles rejected for very flimsy excuses but later to find that same article (word for word) published and generating enough traffic and money for an account that probably belongs to one or some of the editors on the platform. Another very terrible case is Opera publishing an article and then allowing it to accumulate a substantial number of clicks and engagement (enough for them to place adverts on) but later rejecting it after a couple of days after advertising on it. The writer doesn't get paid for these articles. Some of them go viral on the platform. This is advanced fraud and exploitation. On no ground should an article be rejected after it has been published and after it has gotten up to 200,000 or more clicks on the platform. A typical example is an article of mine that generated up to 160,000 clicks. Opera News Hub Nigeria approved of this article and allowed it to feature on their app for more than 24 hours, they placed advertisements on this article but later rejected it after it generated more than enough traffic for advertisement and I will get nothing from this article.

95% of the writers on Opera News Hub Nigeria are seriously grieving but no one listens to them. Most of the writers are not holding on because they love what is happening but because they don't have any other option and I happen to be one of those writers. Enough is enough, Nigerians are not stupid and desperation cannot lead us to prostitute ourselves or allow others to. The appropriate bodies and agencies should look into the activities of this platform as it is becoming ugly and terrible every day.

We say no to the exploitation of writers, Journalists, and reporters by Opera News Hub Nigeria.