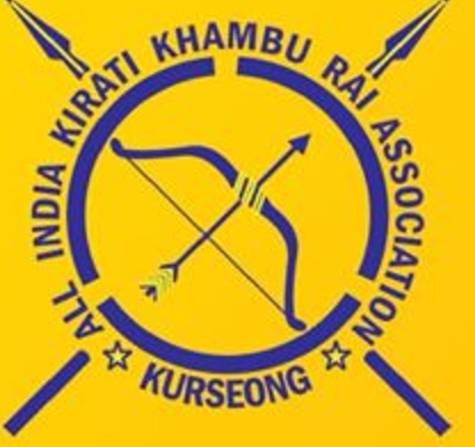 Say no to "DEVELOPMENT BOARD"

When we say working with Country, community and Cast “formula of 3C” All India Kirati Khambu Rai Association.

As per the general meeting held on 13th October 2015, we have come up with the decision not to accept development board. The decision was not taken by mere AIKKRA Core Committee or President . We work in three modules, upper, middle and lower.

Being an organization registered in the national level we have board members from eight different states and ninety one members in the central committee representing different states of India. Because of our ideology module system of working and thinking in short span of time AIKKRA is growing rapidly.
However there are division in the community but now most of the Khambus are joining us. The decision which we have taken today is not due to any personal or political influence. Because of the news release in the several print and electronic media for the acceptance of development board our team were quite disturb, and were not able to understand which all Khambus are in the favour of development board our organization was not informed about the facts of the development board to be accepted.

Initially we thought it could have been for the betterment of the community or majority of people are in the favour. But we realized when we start getting many calls and complains by the clan people of the various areas, therefore we wanted to give a second thought and understand the necessity and parameters of Boards, whether it will fulfill our expectations?

As per the ideology and way of working with three levels of modules Upper, middle and lower… we urgently called up a meeting with core committee and upper level at Sonada chaired by President Mr. Sachin Dumi Rai. Agenda was to discuss on the issues related to DB. Whether to accept the Board or not, its pros and cons, if accepted will it be the blockage on the road map of our long pending demand of Tribal Status with the outcome of the meeting there was a call for quick general meeting on 13th October with Middle level people who are the representatives of Grassroots but before the meeting they were given a homework to conduct group meetings, personal talks, sharing ideas explaining about the Board its positives and shortfalls and collect their facts figures and ideas by areas Presidents and representatives so that we can have clear picture of how much DB could be fruitfull to us.

After collecting viewpoints from Upper, Middle and Lower level people we conducted general meeting as per schedule on 13th October, all shakhas representatives were present and each one of them were given a chance to address the gathering, their views were heard analyzed their ideas and thoughts were discussed in detail.

Following a long brainstorming session, we found that 99% of AIKKRA people were not in the favor of Board they just want to focus on the demand of ST. So the decision was made “not to support Development Board”.

According to the concept of our organization Grassroots are our main focused area and we highly value their words, decision and advices because it’s due to them our culture and identity are conserved and protected and it’s them who are suffering and need to be uplifted and supported.

Therefore AIKKRA acts as a support system to our grassroots Brothers and sisters. Without the existence of common Khambus/Grassroots our existence is immaterial. We are the organization having high values and ethics who actually believe in working, and not just “beat about the bush”.

On speaking with the other State representatives to name few of them Ram Khambu Rai (Assam) said it was very much expected by AIKKRA being national organization and respects the decision if it’s in the interest of Grassroots people, Rahul Khambu Rai (Manipur) Chandra Prakash Rai (Telenganaa), Rajkumar Khambu Rai, Deomn Khambu Rai Roshan Khambu Rai, Bhaktaman Khambu Rai, Shanti Khambu Rai (Delhi NCR), Binay Khambu Rai (Rajasthan) are in the favors of the Decision.

Few important things of AIKKRA, we are open to discuss anything on the table, we do not take decision by ourselves, books of accounts, Balance sheets and any matter regarding the community are open to all. We are very young and growing organization who are completely apolitical and within the 1.5 years of existence we have done many events like Darjeling rally, Sakela, Sakawa, Delhi event where not only Khambus but Gorkha community as a whole were benefitted. Frequent social initiatives, like Safay Abhayan, food clothe distribution, blood donation camps and helping needy etc in the National capital and home as well.

Khambus are indigenous tribe living across India mainly concentrated in the Darjeeling hills, Assam, Sikkim etc. our culture, language, religion clearly describes that we are very distinct from others. However we are not away from our mainlanders Gorkhali we are one of the clan inside Gorkha Community and always faithful and supportive to all, we equally love our country therefore we keep doing good works for the country as well, as in when an opportunity strikes. Likewise we are working for Caste, Community and Country.

To go against of the strong political party obviously is not an easy task, hindrance will obviously knock us on the way when we truly want to do something for the community. And many external sources are already spreading rumors like we are politically influenced… but “I would appeal to all my AIKKRA family do not get carried away, fell disheartened or get agitated” which could be against the health of organization or Khambus. Let’s all be calm and thoughtful.
If our people are cooperating coordinating and supporting the ideology of the organization we will certainly overcome all difficult phases of life and will certainly achieve our goal soon. We do not think that 100 Khambus could decide the future 5lac Khambus so let’s all jointly work together those 100 khambus are intellectual group people of our community and we require them and together we could do wonder.

If the CM of WB seriously wants to help us kindly help to channelize and forwards our ST demand matter to the Center.

“Dear Madam we are the largest population in the Darjeeling hills who are suffered mostly due to lack of Government aids and facilities, we do not want the money which will create differences and hate in between our own brothers and sisters. We want the permanent solution to secure the future of our people which could be only through the achievement of Tribal Status, if you really want to help us kindly support in our cause and make your MP to speak about us in the Parliament, that we are indigenous group of people belonging to the Kirat Community having distinct culture and 100% matching with the five criteria demanded by RGI”.

Note : Anything not fulfilling the expectation of Grassroots AIKKRA will not support.