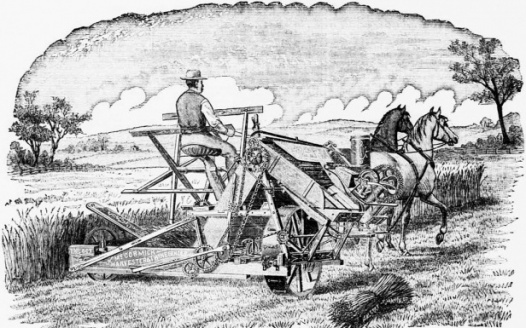 489 people have signed this petition. Add your name now!

This petition is for signatures only. NO donations are being collected. If you are asked for a donation it is for the petition website not for the JBell Tavern, Association. Once you sign the petition you will see a message saying you signed the document. Then close out of the website. Ignore the request for donations. Again we are not requesting donations ONLY signatures. Donations to save the McCormick Farm is not necessary.

Cumberland Valley School District, a growing school, wants to purchase farmland on the historical and preserved McCormick farm. The land has a conservation easement that only allows the land to be used for agricultural purposes only. The preservation of the farm and land was first setup by Vance McCormick and his sister Anne in 1942. Brooks and Charles Deering McCormick donated the property to Natural Lands in 1983. The land is to stay preserved in perpetuity – meaning forever. However, the preservation agreement can be broken through eminent domain – meaning condemning the land. Condemning this perfect soil is what the District wants to do - however, they have no plans for the land as of yet since they still need to finish building two other schools. In the forthcoming budget there will be a school tax increase - it cannot be more than 2.4% - it is the fifth year in a row for a school tax increase. The district already - according to board member Bob Walker - has $2 million surplus - so why increase taxes?

The property is essential to the heritage of Cumberland County, Pennsylvania. Environmentally it is crucial because of the close connection it has to the Conodoguinet Creek which drains into the Susquehanna River and then to the Chesapeake Bay. According to the Conodoguinet Creek Watershed Association letter sent to the school board,” the property is adjacent to riparian buffer areas near Hogestown Run that absorb pollutants and support habitat for wildlife. The Conodoguinet Creek MUST be protected as it is a source for thousands of people’s drinking water and home to a wide source of wildlife. Also, the rea could possibly be a future potential nesting site for Bald Eagles, since there is a viable Bald Eagle nest at the DiFiliipo Nature Preserve in Silver Spring Township.”

The McCormick farmland is one of the last open spaces along the Carlisle Pike. According to the letter sent to the school board from the Cumberland County Agricultural Land Preservation Board, the County’s “Future Land Use map has designated the McCormick farm as Agriculture/Prime Farmland Character Area. The priority in the Agriculture/Prime Farmland Character area is to encourage continued use of agriculture land and preserve the best agricultural land in the county.” The farm is almost entirely of prime soils, “which are regarded as high productivity for the cultivation of crops.”

Historically, the farm is one of the first settled farms in Silver Spring Township, Cumberland County. Thomas McCormick left Londonderry, Ulster, Ireland in 1735. He first settled in the Paxton area east of the Susquehanna River. In 1745, he moved his family west of the river. During the French and Indian War in 1760, William Walker and another settler were killed on the McCormick land. In 1805, William McCormick, the grandson of Thomas, was killed after being run over by a horse-drawn wagon.

This particular McCormick farm is referred to by the McCormick family as the 'home farm' since it was the official first farm of the McCormick family in America. The McCormicks became very prominent in the 19th and 20th century. Cyrus McCormick's grandfather was born on the farm. He is best known for improving the reaper his father invented. Vance McCormick was campaign manager for Woodrow Wilson and at the request of President Wilson he traveled to France to help negotiate the Treaty of Versailes. He also particiated in the development of the League of Nations which became the United Nations.

This farmland was preserved before land preservation was “cool.” The McCormick family had the foresight to preserve the land from future development. Please show your support by signing the petition – especially if you are a taxpayer who lives in the district. If you do live in the district, please write in the comment section which township you live in – for this will help by showing that the opposition against the District’s decision is district-wide. You can also send letters to the school board members via email.