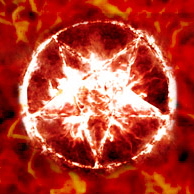 As a fandom we understand that DVD/BluRay release dates of Airing Shows are subject to change, due mainly to availability and production issues, but it came as somewhat of a blow to be informed that the UK's Pre-Ordered Season 9 DVD's won't be available until 2015 due to lack of interest.

Depending on the retailer you contact or held a pre-order contract with, depends on the new date you are given, the dates are varying between March 2015 and October 2015. In some cases fans are being told that it will be as late as November 2015.

No matter which date each individual fan has been given, the blanket assessment is that we no longer have a definitive date for a DVD release to look forward to.

We feel, as a fandom, this is completely and grossly unfair. There is still a massive support network for the show in the United Kingdom. This is added to the fact that Sky1 has already dropped the show from their UK airing channel.

We are in the process of trying to find the Winchesters a new home, we have been speaking with NetFlix UK, thus far they have been extremely helpful in their dealings with the numerous fans that have actively pursued them to take on the contract for Supernatural.

Obviously this will take some time to be resolved, so it was doubly painful to learn that the UK fans won't be receiving their DVD's as promised.

Of course, we could in fact purchase the DVD's in a different Region, but we feel this is also very unfair. A lot, if not most, of the fans could watch the disks on their home computer systems to work around the fact that we don't have multi-region dvd players, but why should we have to pay out for an American import. This is twice as insulting since we will end up having to re-purchase the DVD's in the right region when they eventually become available here.

This petition has been created to appeal to your sense of fairness, and to remind you that the show has a global fan base, not just an American one.

If there appeared to be a 'lack of interest' then we are here to tell you that this is NOT the case. Also, if it is solely due to the fact that you could not create enough DVD's to fill the demand of Pre-Orders, then you should not have allowed any of the companies who were touting the offer of a DVD release date, to go ahead and accept the business of the UK fans.

We understand that you are a busy company with many shows airing and films being produced, but it is unprofessional to let the fan base down like this.