"Three of the four species of tapir are endangered. The threats facing tapirs include hunting for meat and skin, fragmentation of habitat, and encroachment into protected areas by farmers and illegal logging" [Statement from EcoLocalizer]
PLEASE DONATE TO THE NEWLY FORMED TAPIR CONSERVATION EFFORT (TCE).
Help raise awareness of these special herbivores, our friends, the Tapirs! We hope to inform citizens of the scarcity of these friendly creatures, and dedicate sections of conservational committees in high Tapir Endangerment Zones (TEZ's) to helping the once diverse tapir population flourish. 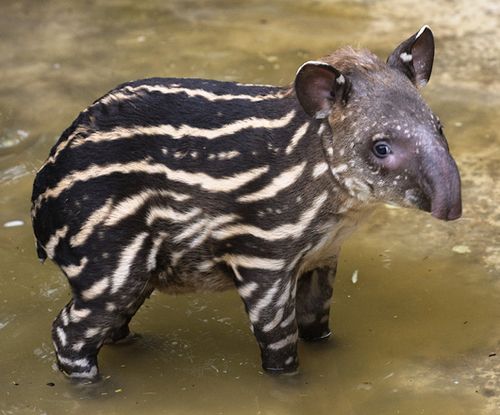 -Tapir Conservation Effort (TCE) "The Tapir Is A Super Cool Animal That Lives In Many Countries. It Is Also Very Well Known For Being Cool" -Whimsical Ponies, Inc. "If None Of The Previous Sponsors Have Mentioned (Or Even If They Have) How Cool Tapirs Are, They're Pretty Cool"