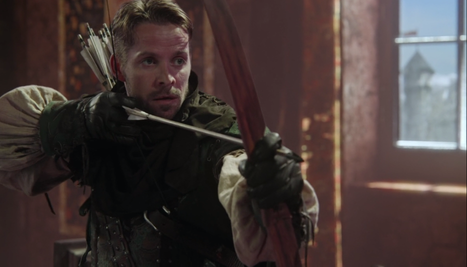 212 people have signed this petition. Add your name now!

Each of us have a connection to Robin Hood. Whether is was watching movies when we were younger, growing up with older siblings who told us about him or just love him now as adults. Robin Hood has ALWAYS been an ICONIC character.

We were all lucky enough when Robin Hood was added to the incredible list of characters on Once Upon a Time. However this ICONIC character has been side lined and treated as a secondary character. If you know ANYTHING about Robin Hood he is the furthest thing from secondary ... he is a TRUE HERO. He deserves much more than he has been give and all we can do now is HOPE they do this character justice.

Sean Maguire was cast as Robin Hood and he has translated him beautifully. He pours so much love into this character and it truly shows to us all. Whether or not you are a fan of the story-line you cannot deny this truth. Robin Hood deserves better, he is an ICON to each of us. Sean Maguire is an incredible actor and treats his fans with nothing but love and respect.

If you have had the pleasure of meeting him you know this to be true. He is an a honest, loving, humble human being who deserves the support all of his fans give him.

#MerryLadies #Hoodies ... let's save our OUTLAW!