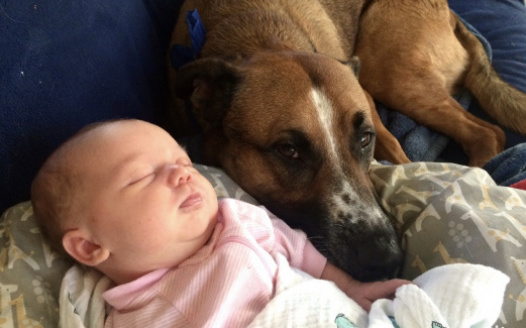 This petition is to save a family’s dogs life. His name is Jax and he is an awesome dog! Jax had a run in with the next door neighbors little dog. There were very unique circumstances involved as they shared a fenced yard/property. The little dog lost but is doing ok. Jax has been deemed vicious by the Court and ordered to be euthanized. His owners have appealed it and go to another Court to try and show Jax’s character this week. Jax is NOT vicious in any way. He is an obedient well trained family dog. Jax has not been viewed of his true character in Court. I think Jax deserves to prove his character to the Judge and the city he lives in. Both houses and owners used a system of putting red flags out on their doors when they had there dogs in the yard. This would mean they wouldn’t be in the yard at the same time. A system like this is bound to fail for many reasons but was agreed upon by both owners and residents. Unfortunately there was a incident and the little dog lost but is ok. I’m sure due to his size and the fact that the little dog had provoked Jax at his backdoor while Jax was inside his house on many other occasions. It’s like dogs running the fence with fight or flight mentality. Recipe for disaster. I just know Jax is a sound dog and loves everyone he meets and deserves to live a long happy life. Jax owners are very responsible and proactive dog owners and will take whatever measures the Court would decide to keep him alive. Jax owners have bought another house with a BIG fenced yard with another separate kennel run for Jax when he is outside. The owners have Boarded Jax with his Trainer since the incident. Jax wants to go home! Follow Jax’s story on Facebook. His page is #SaveJax Check out his AMAZING obedience videos!