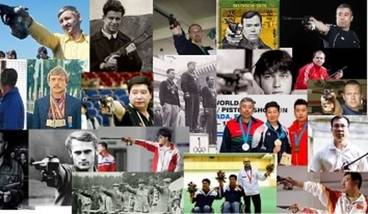 Save the Free Pistol

Change is necessary for any sport to stay relevant and be a part of the Olympic Games. However, we can change without sacrificing.

The International Shooting Sports Federation's (ISSF) recommendation of a mixed 10m Air Pistol Team event satisfies the International Olympic Committee's gender outline. But, it does so at the expense of the 50m free Pistol event.

1. Elimination of 50m Free Pistol is the beginning of the end for .22.
Free is the cornerstone of Pistol discipline, without Free, Air will dominate, and it gives little reason to keep any other .22 caliber events, leaving only Women's 25m Sports Pistol and Men's 25m Rapid Fire Pistol as the remaining .22 Events. The loss of the Free could lead to the demise of all .22 events.

2. Justification for the inclusion of a 50m range
Due to the cost of the Olympics, arguments to keep the 50m range becomes valid with limited usage. With the loss of Men's 50m Prone Rifle event, only Men's and Women's Three-Position Rifle will utilize a 50m range.

2. A drop in participation and sponsorship.
With Air dominating, very little incentive remains for industries to focus on .22 caliber event, which could translate to less momentum to pursue .22 Pistol events.

There are many solutions but, removing the 50m Free Pistol event in not one of them.

Sign this petition with your name and the country which you represent.