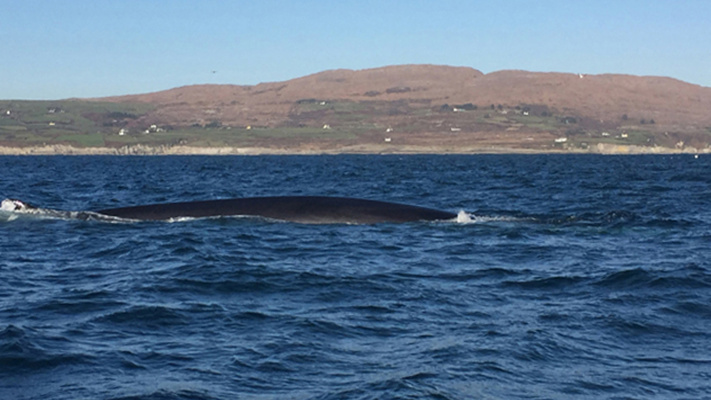 445 people have signed this petition. Add your name now!

Dear Minister
We represent the following organisations: The Association of Dunmanus Bay Fishermen, Fishermen's Inshore Saltwater Heritage Ltd, Goleen Community Council, Ahakista Community Association, Kilcrohane Development Association, Muintir Bhaire Community Council, The Sheep's Head Way, Mizen Head Tourism Co operative Society Ltd and Barley Cove SAC, and attached 422 signatures from landowners and residents on both sides of Dunmanus Bay and those on this petition which continues to gather signatures.
We object to the new planning applications ref T05/590A, for aquaculture and foreshore licenses for an intensive mussel farm in Dunmanus Bay, outside Kiltomane Pier and directly across from Ahakista. These applications are a repeat of similar applications T05/590 for the same location, denied 5 years ago. The revised applications, engineer's report and photos are date stamped 2013/14 and thus out of date and largely invalid.
Despite the offhand reference to "fishermen ad hoc" in the application, the area is a highly productive, sustainably managed, year round fishing ground, targeting different species as they come in and out of season. 12 fishing boats from both sides of the Bay congregated there on a November day to protect their ground, which has supported fishermen and their families for generations, back into the mists of time and hopefully will continue for generations into the future.
When the Fisheries (Amendment) Act 1997 was passed and licenses were being sought for unlicensed mussel farms, the Dunmanus Bay Fishermen decided not to protest mussel installations already in situ. In effect the fishermen gifted without rancour, a portion of their livelihood to the mussel farmers and said goodbye to what had been productive sheltered fishing ground for small boats. Now after 20 years of intensive mussel culture, this area is environmentally destroyed, the ground under and around the lines and the foreshore deep with detritus and discarded mussel socks.
Evidence of the applicant's failure in best practice is to be found at their abandoned mussel farm installation at Gouladoo in Bantry Bay. Ropes, anchor blocks and debris have been left as a marine safety hazard rendering this productive scallop ground unfishable. (Application refers to their operations in Bantry Bay. Directors of Bantry Bay Mussels Ltd are also Directors of Dunmanus Bay Mussels Ltd.)
Fishing between lines as suggested by applicant is not possible in deep rough water, where change of wind and tide could lead to loss of fishing gear or serious accident.
The Wild Atlantic Way runs down both sides of Dunmanus Bay, an environmentally sensitive area of unspoiled scenic beauty. We have complied with the tourism directive to cut ditches and improve views of the sea wherever possible. Any new aquaculture development would be clearly visible from long sections of our Wild Atlantic Way and detrimental to it.
The Luxury Holiday homes and Stud Farm overlooking the proposed site bring celebrity tourism to the region. These high-end rental properties are at capacity during the warmer months and with business increasing annually for the cooler months. More aquaculture in the Bay would destroy this business, which employs up to 15 people.
Kiltomane is a public pier used by fishing boats and pleasure craft, adjoining a beautiful and popular swimming strand packed with tourists and locals during the warmer months and more occasional use in the cooler months. This public amenity should never be spoiled by any installation, least of all a mussel farm, a navigational hazard for fishing boats and pleasure craft of all sizes.
A Fin Whale, second largest mammal on earth, was photographed 4 1/2 miles inside Dunmanus Bay looking North to Dooneen Pier, taken November 16th 2016. An Affirmation of our pristine marine environment that we wish to preserve.
To underwrite any more environmental damage to wildstock fisheries and endanger our lucrative tourist industry for the sake of 1 or 2 part time jobs on a mussel farm makes no sense to any of us. Please deny this application.
Dunmanus Bay Marine Association
Dunmanus Bay
The Hidden Jewel of SW Ireland
http://www.savedunmanusbay.org