330 people have signed this petition. Add your name now!

Dennis is a 28 year old outgoing, fun, friendly person with a contagious laugh, who's had his life stripped from him. We are trying to save what is left of his life, and with your help I know we can get him the treatment he needs and deserves.

Dennis had fallen victim to the harsh drugs that have been circulating in the North East. He got into some trouble and was in the care of Worcester County House of Corrections in Massachusetts starting in February. Shortly thereafter, he started suffering from such excruciating headaches that the pain would drop him to his knees. He also experienced waves of double vision, nausea, dizziness and pressure in his head. Sometimes, the pain was such that he couldn't even walk. Time and time again he requested to go to the infirmary. When he saw the doctor, he was always told that it was just had a headache, was given Advil, and sent on his way. This went on for months; guards would send him down to see the doctor constantly because they would find him unable to speak and holding onto walls for support. He would often tell me during our visits stories of him asking the doctor to please send him to the hospital for an MRI. Time and time again they would just send him back to his cell without even thinking twice of what may be wrong with him. When I visited him, he talked about how badly his head hurt, and several times he told me, "Something is seriously wrong with me Kris, it's bad." There was nothing I could do to help him; there was nothing he could do to help himself. He was in their care and custody.

This went on for months. At the end of October, there was a 3 week span when he was in a medical unit and not strong enough to visit with his mother or me. We were very worried; it had been weeks since either of us had seen or heard from him. His mom started calling around looking for answers.

Little did we know Dennis had collapsed on the evening of Monday November 5th at Worcester House of Corrections, and was found unresponsive. He was rushed to Saint Vincent's Hospital in Worcester. Still trying to find out where he was, finally we heard back from the social worker and were told the doctor was requesting to see his mother at the hospital. At that point, we didn't even know yet that he was in the hospital, let alone had been there for a day. We were always told that in the event of an emergency, a family member would be notified right away. A few hours later, along with plenty of phone calls and paperwork, his mom was at the hospital learning that her son had received a much needed an MRI. The doctor had immediately discovered a 2 inch, golf ball size tumor in his brain, and would need immediate brain surgery the following day. We were shocked. Dennis was right - something was very wrong with him - and Worcester County House of Corrections ignored it for months, until he was days to weeks from death.

The surgery was scheduled the next day, Wednesday Nov 7th. We were told the procedure would take 3 to 5 hours. 9 nail biting hours later, he came out of surgery. The doctors were only able to remove 90% of the tumor from his brain. We were told it would take a few days for the results for the tumor to come in. 2 days later, Friday Nov 9th we were told Dennis's tumor was indeed cancerous, and a rare form of a cancer.

After the surgery Dennis has been left with limited movement on his right side, he is deaf in his left ear. His eye sight has gone from perfect vision to not being able to make out anything within a few feet of him. His speech is slower and broken. He is learning how to walk and do things on his own again. Since the surgery these issues seem to be irreversible.

To make matters worse, (if possible) Dennis was removed from the hospital Thanksgiving Eve, and moved to Lemuel Shattuck Hospital in Jamaica Plain, MA without anyone letting his family know. That was when we found out he was moved to an inmate hospital in Boston. When we looked up this location and the staff, there is no one there qualified to handle Dennis's case, let alone get treatment in this facility. He has been treated awful and inhumane. Dennis was and is able to call his mom daily and give her updates on what goes on in their and how he is treated. I spoke to him and he told me stories of people who are sick and need extra help and don't get it. He is being forced to do everything on his own without any of the help he needs. It is difficult for him to walk never mind get to the bathroom. Nurses take hours to come and take a patient to the bathroom. Stories of Correction Officers screaming and yelling at the sick for answering questions directed to them. Medication supposed to be administered on time and on schedule come hours late. There is not enough staff support for the patients they are looking after. My friend who has limited mobility, strength, and time to live, needs more care and treatment than this facility can offer. Sadly enough he has been told he is at a stage 4 cancer and would have not more than 2-3 years to live by a doctor who he has never been able to see....

Recently he had a doctors appointment at Dana Farber Cancer Institute in Boston. His mom drove all the way out to Boston to wait to speak to the doctor after her son was seen. The problem is Dennis never showed up to his appointment; it had been cancelled. A week later, he had a doctors appointment to have radiation done, and again his appointment was cancelled by Lemuel Shattuck Jail Hospital Jamaica Plain, MA. That was the last straw for his family and friends. Now he is being denied treatment that he needs and deserves and could potentially prolong his life.

This is happening all over the US, in our own back yards to our friends and loved ones. Sick people are being neglected and mistreated in jails all over. The negligence of the staff at the jail infirmary, and the lack of communication has left my friend fighting for what is left of his life.. We are petitioning that the courts allow Dennis to go home on house arrest, or on probation so his family can get him the medical care he deserves and needs. My friend has never hurt or murdered anyone. He is a great kid with a big heart, who made some bad decisions in his past. He is one of the kindest people I know and he would never give up on me and I am not going to give up on him.

Please sign and share his story so we can get him the treatment he needs, and get him home with his loving and supportive family. We thank you for reading Dennis's story and we hope you will share this with everyone you know. Every signature counts.

Thanks, Kristen On Behalf of Dennis and all his family and friends, we THANK YOU SO MUCH.

If you want to contact me my email is    Kristen@wemoov .com  (no space) 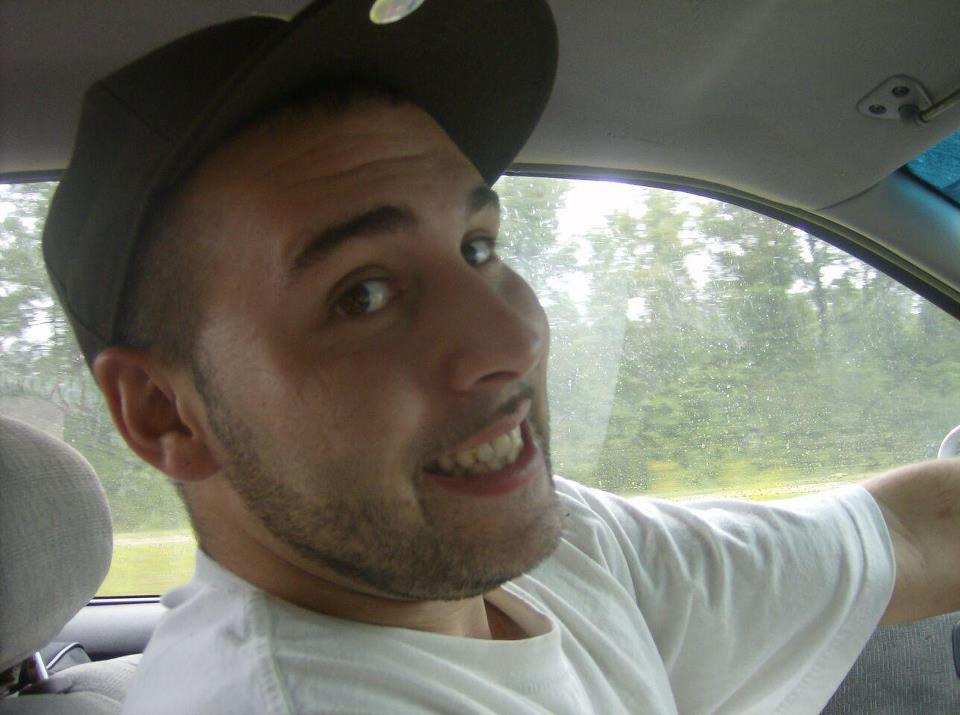