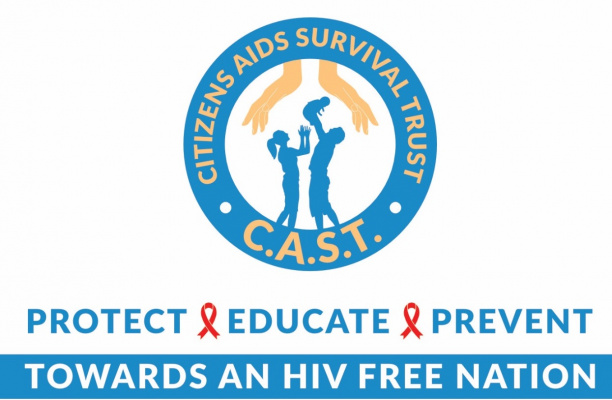 SAVE ZIMBABWE AND AFRICA FROM HIV AND AIDS

STOP THE ABUSE OF THE RECURRING REVENUE REVOLUTION BY UNLEASHING HIV ON ZIMBABWE AND THE BLACK AFRICAN PEOPLE! SAVE THE AFRICAN RACE, STOP HIV

What is a recurring revenue revolution? If your business has not caught up to this revolution then you are well behind the marketing trends in the world today. Every business in the first world, especially the internet business, is always looking for an opportunity to find a product that can bring revenue repeatedly for life. This is what is called recurring revenue.

Think about your antivirus software, your software subscriptions, your license fees, franchises and so on, and you will realize that once a customer is signed on, he is hooked for life. The reason is that it costs money to win over one customer and therefore companies are constantly finding creative ways of getting the customer buying repeatedly on a monthly, quarterly or annual basis. Companies selling products without residual value have to spend more to win new customers all the time.

Membership subscriptions are such forms of recurring revenue where members pay periodically. This is the smartest and trendy way to steadily grow revenues. It is no longer of interest to business to offer permanent solutions to a need, preferring instead, a life time dependency on their products.

Unfortunately this is what unethical medicine has latched onto. This is seen in medicines for high blood pressure, sugar, HIV and vaccines and the list is steadily growing. Companies with patients hooked onto their drugs for life actually celebrate their growing sales and are constantly looking for ways of recruiting more patients onto their recurring revenue streams. If the trend goes unchecked, unscrupulous and unethical business practices could develop where patented diseases will be released in order to elicit consumption of medicines and vaccines.

Sadly this has become the sole purpose of HIV and ARV drugs largely targeting black African populations. Citizens AIDS Survival Trust has long unearthed evidence that, unlike in other races, HIV is genetically designed to be predominant in black populations. The spread of HIV in black populations continues unabated, not because it is not preventable, but because there is a deliberate formula for a limitless supply of African HIV victims to join their ever growing recurring revenue streams. At 200,000 new HIV infections per year (2017) in Zimbabwe alone, the trend is set to put the whole nation on an ARV drugs life support system for sustenance. This is not only risky but very costly to the development needs of the continent. At current HIV prevalent rates, it costs Zimbabwe upwards of $1.8 Billion annually in medical support. This is against a paltry $400 million in annual foreign direct investments. All this money is flowing into foreign drug manufacturing companies.

Whilst the advent of ARVs seems to have stemmed deaths, there is the risk that nobody really knows where the breaking point is. What is the life span of a person on ARV support? At present no one really knows as we have not reached conclusive evidence. For all risk managers, it is important to note that this is a phase in history when Africans have surrendered their destiny to fate without any clue as to where they are going.

It is this motivation for recurring revenue by foreign drug manufacturers and the greed of corrupt African health ministers on western payroll that they have negated the effective preventive public health principles. The cost in human lives, talent and development funding is phenomenal.

Standing in the way is the fallacy that Mandatory HIV Testing breaches human rights. Sadly, most Africans have bought this lie. When HIV was invented, the inventors had in mind that it be incurable. Now mandatory HIV testing is one strategy that could interfere with their plans and hence they have invested billions of dollars of disinformation to take mandatory HIV testing off the table. It is easy to debunk that human rights are not the issue, but recurring revenue and possibly strategic conquest is the issue.

Consider this; women in Zimbabwe who constitute, 52% of the population are already undergoing mandatory prenatal HIV testing. The objective is ostensibly to prevent mother to child transmission. Now here is the contradiction; why is this cause so necessary that the rights of women can be violated while at the same time they cannot violate the rights of men so that they can also save their lives and that of their spouses? Why is it that the thousands of women who are being tested for HIV compulsorily have not complained, died, or committed suicide as fear mongers would say? This is proof that there is no pain in Mandatory HIV Testing any more. It is the most effective weapon to counter the malicious intent of those who hate our existence.

It is clear that it is not human rights that are being safeguarded but a matter of ensuring that there remains a window, a weakness or avenue that increases the number of people testing HIV positive so that they record growing amounts of revenue for their companies. The so called vision 2030 is a hoax, a form of tranquilizer designed to pacify the people by giving false hope. Zero HIV infections under the current prevention strategies, is a target that has eluded us for the past 35 years since 1985 and therefore, without new measures, it is unattainable.

Can we really afford to put every citizen on ARVs for our entire lives on earth? If we are going to be serious to safeguard our people, families and children, and not only territorial integrity, then we must sign up to the call for mandatory HIV testing. It is a historic call to a brave and resilient people.

PREVENT THE SPREAD OF HIV!

For this reason, we have called on President Robert Mugabe to:

Author of “HIV and AIDS, The Last Stand”, The Total Strategy for the Annihilation of HIV and AIDS from Zimbabwe and the Rest of the World.

Author of, “Out of The Rabble”, Ending the Global Economic Crisis by Understanding the Zimbabwean Experience.