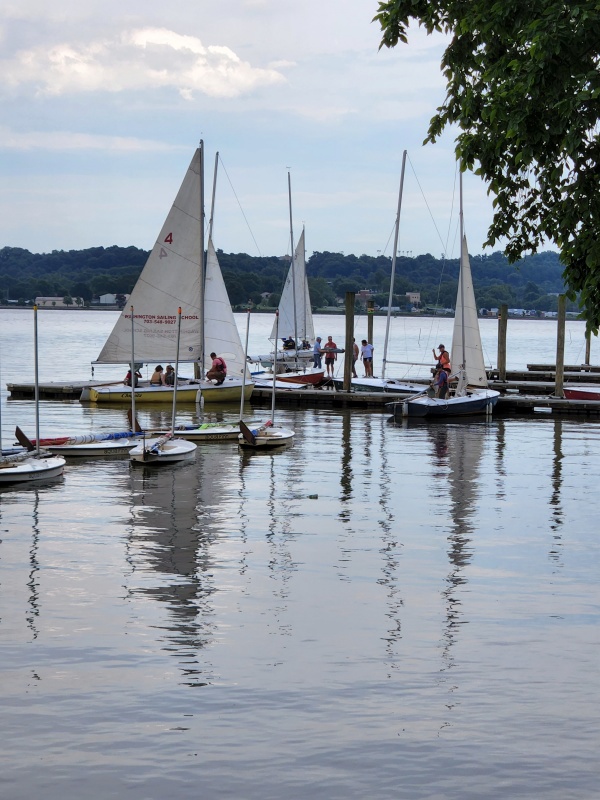 Save Washington Sailing Marina WSM) -- dredge the channel now! Join us in petitioning the National Park Service, Army Corps of Engineers, and other federal and state authorities to preserve this unique, marine-recreational site in the waters of our Nation's Capitol by performing urgently needed dredging.

Washington Sailing Marina (WSM) is a premier National Park Service (NPS) recreational site that provides access to the Potomac River for thousands of park visitors and other boaters every year. WSM also serves as "home waters" for a large number of competitive and educational sailing organizations including:

WSM annually hosts countless visitors from paddleboarders to sailors and wind surfers drawn by its water access and facilities. WSM’s protected lagoon provides a safe haven for paddlers and small-boat sailors for recreation and regattas. Larger sailboats and motorboats rely on WSM's access channel to access the greater the Potomac for the same reasons.

The survival of this unique recreational area, however, is threatened by ongoing silting, which is reducing the navigable waters around WSM and choking the access channel to the Potomac. The marina and its channel have not been dredged since the late 1990-2000's when the marina was expanded and floating docks installed. Remedial dredging is urgently needed to preserve this unique NPS asset and serve the recreational needs of George Washington Memorial Parkway visitors. Without dredging and access to the Potomac River, WSM will not survive. There is simply no reason to have a marina if you cannot access the water.