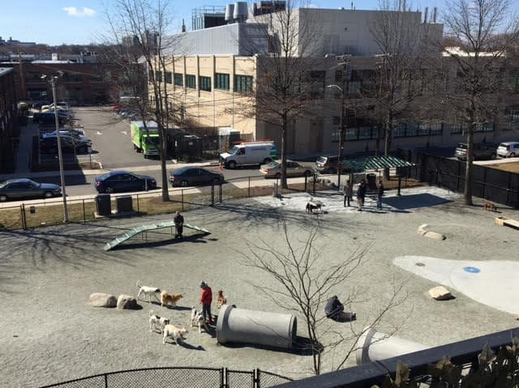 A small, but vocal, group of citizens are pressing the City of Cambridge and specifically, Cambridge Animal Control to clamp down on "noise" - specifically, dogs barking - in the Tudor Street Dog Park.

This group - possibly just one resident owner nearby - has pressed Animal Control to ticket dog owners whose dogs bark too much!!!

I've personally confirmed at least 1 owner (although rumored to be several) who's been ticketed and has to limit his dog's time in the Park to avoid being ticketed again. Another's dog has been banned for life from *all City Dog Parks* due to the dog's barking!

How is this any different that someone moving in next to a day care center, and then asking the City to enforce noise ordinances when children are in the playground?

This Petition asks the City to "lay off!" and to not punish those who legitimately use the Park. We're asking them to turn down requests by those living and working nearby who complain about noise from the Park during Park hours.

And finally, we're asking the City to reverse the tickets that have been handed out and to lift the ban against dogs who've been deemed too loud.

Dog and Pet owners, make yourself be heard!

"Let's keep working on it. Dogs bark. That's what they do.”