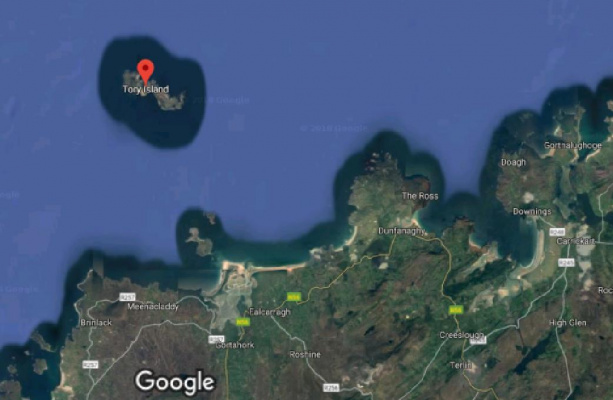 We will do one last trip to the Dail, to expose our concerns about a new ferry service for Tory Island that is unsuitable.

Ultimately, If the Irish government keeps turning a deaf ear to us, we will have to bring the matter to Brussels and the European Parliament. We won't get tired and give up, no matter how long it takes; we will get the truth and find out who was involved in a dangerous decision endangering the entire island community.

Without a reliable lifeline it is impossible to live on Tory. If that is the ultimate target, be sure that we will remain on Tory but we won't stop fighting against the people who signed a contract for our most vital service without any knowledge of the actual challenges we are facing crossing the sea.

Tory Island is situated 9 miles off the north of the county of Donegal. Islanders can reach the mainland by using two piers: Magheroarty and Bunbeg.

The journey from Tory to Magheroarty takes 45 minutes, a bit over an hour to Bunbeg (which is only used in bad weather).

Since 1992, the Islanders have been using the Tor Mor, a custom-built ferry for the island.

The crossing from Tory to the mainland is infamous for changing weather and violent currents.

Roinn na Gaeltachta and Minister Joe McHugh have decided, without any concertation with the Islanders and island's representatives, to change the current ferry service.

They granted a contract to hire another company operating the Queen of Aran. The Queen of Aran was built in 1976. It was used until last year to provide summer tours and journeys to the Aran Islands.

This boat, which is not suitable for a reliable all year round and all-weather ferry service to Tory Island, is supposed to start on the 1st of April 2018.

Since the announcement by the Roinn na Gaeltachta and Minister McHugh of this change of service last year, islanders haven't stopped protesting against this decision.

Also, not only have the island community never been consulted, but it is impossible for the islanders to get presented with simple documents: the contract itself and the Points sheet used to award the contract on a tender process.

Tory islanders are currently being bullied by a system refusing to grant them the most basic rights and information.

The last protest was particularly bitter, as after crossing the sea and travelling over 6 hours to Galway and 6 hours back in horrendous weather, Roinn na Gaeltachta refused to meet any representative of the island.

We believe that we are still living in a democracy and not in a dictatorship. People have the right to be heard and considered, especially when expressing vital concerns.

We believe that we are still living in a democracy and that freedom of information should allow us to see documents that we have a right to see.

We are demanding, without delay:

Presentation of the contract and tender process sheet

''The Irish Republic is entitled to, and hereby claims, the allegiance of every Irishman and Irishwoman. The Republic guarantees religious and civil liberty, equal rights and equal opportunities to all its citizens, and declares its resolve to pursue the happiness and prosperity of the whole nation and of all its parts, cherishing all the children of the nation equally''