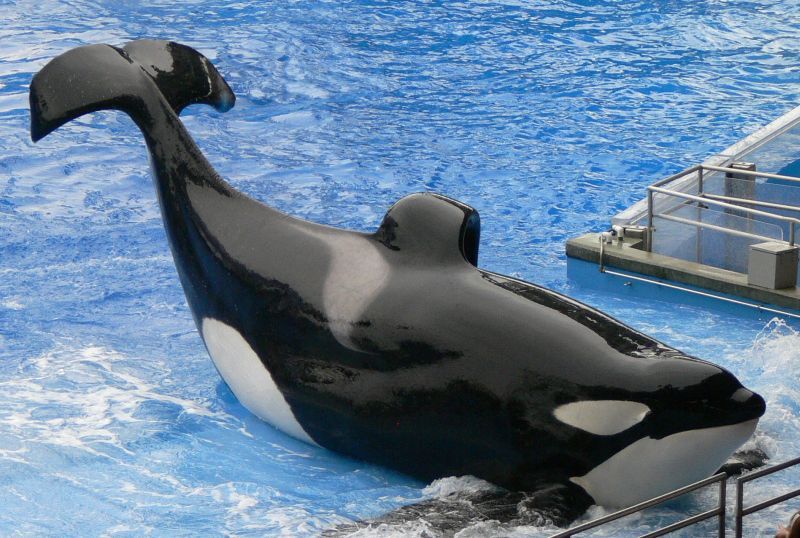 Save Tilikum the killer whale in captivity for over 30 years!!!!!!!!

February 24, 2010, the office of the Sheriff of Orlando, Fla., received a call from SeaWorldWaterpark, alerting that anOrcacomes to attack a trainer for 40 years during a number in public.While she fed from a platform, DawnBrancheauwas caught by the featuredTilikumwhale, who then brought him to the bottom and has drowned it.

Tilikummeans "friend" in native American language.An assault that was not his first and revealed as the predatory nature of this species than the creeping propensity to get revenge on the man...By a sad irony,Tilikummeans "friend" inchinook, a native American language.This is the name that was given to the animal in 1983, when he was captured at the age of 2 years in Icelandic waters.He was sold to the PacificSealand, a Canadian aquatic park to the brutal and dangerous training methods so they grow the mammal with a cerebral zone amplifying emotional and social, to store anger.

The killer whale sank into psychosis.Already snatched from his family, theORCfor the show is illusory tamed by the constraint.Tilikum, locked in a module with two females who assault him and deprived of food until he obeys, dark little by little into psychosis.On 20 February 1991, it kills Kelly Byrne, at theSealand, according the same ritual that will be fatal to DawnBrancheau.The Park is closed,Tilikumsold to SeaWorld.July 6, 1999, Daniel Dukes, a spectator who had believed evil to be locked up at night to tease the animals, was found drowned in the basin where isTilikum.But the latter is kept, because the quality of his seed makes a player without peer.The death of DawnBrancheauwill eventually change.Today, the poorTilikumparticipates only in rare shows.

With an average life of 35 years for killer whales in captivity (against 60 in freedom), he will therefore spend the few years remaining in quarantine.In February 2014, a Californian Democrat has proposed a law to make illegal the captivity of killer whales and their presence in the entertainment...

He is now in a small basin, separated from the otherorcs.

These days are all the same it does not move and does not understand why he is punished.

It is not their place in a swimming pool and make the "SHOW" to entertain us!

Please I am very moved and touched by this story among tan others..Signed my Petition in an attempt to free him.

If we had put all I am on that we can stop this barbarity!

THANK YOU VERY MUCH