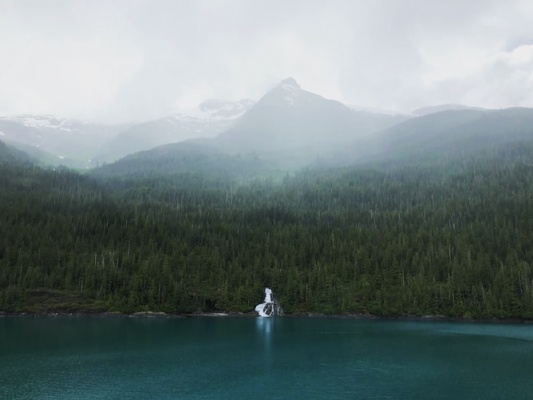 Save the Tongass National Forest

The Tongass National Forest in Alaska in made up of 17 million acres of pristine wilderness. It includes 160,000 acres of forests, and has been nicknamed 'America's Amazon.' President Bill Clinton made a protection called the roadless rule that banned logging and road construction in 1999, 21 years ago. The Tongass National Forest is very rich in biodiversity, housing salmon, bears, bald eagles, wolves, and many other animals. It's home to 500-year-old trees that take mass amounts of of carbon dioxide out of the air per year. It is one of the world't largest carbon sinks, and stores about 8 percent of all the carbon stored in all the forest of the lower 48 states combined. If this forest was cut down, it would release mass amounts of carbon dioxide into the air, the equivalent of putting as many as 10 million new cars on the road. Carbon dioxide is a main contributor to climate change, which impacts every species on Earth, and we need to stop it! One of the ways we can do this is by not logging the Tongass National Forest.

Just days ago, the Trump Administration moved to open the Tongass National Forest, America's largest national rain forest, for development. They want to lift the roadless rule, which would allow logging across thousands of acres. This will harm wildlife habitats and worsen climate change. According to The Hill, Randi Spivak, the Center for Biological Diversity’s public lands director said, "The older and bigger the tree is means the more carbon it is holding in the tree trunks, the roots, the branches …the bigger, the better. And what you have in the Tongass are some of the carbon-storing champions.

Usually, the reason people would log would to help the economy, but the the timber industry makes up only one percent of Southeast Alaska's jobs. According to The Pew Charitable Trusts, "Taxpayers for Common Sense, an independent nonprofit group, reports that a Forest Service-operated timber sales program in the Tongass has been a financial failure, costing taxpayers nearly $600 million over the past two decades, and evidence suggests that future logging would continue to result in losses. Also, local tourism and commercial fishing companies rely on a healthy, intact, and undisturbed Tongass. In fact, data from the regional development organization Southeast Conference shows that timber provides just under 1 percent of southeastern Alaska’s jobs, compared with 8 percent for seafood processing and 17 percent for tourism. That’s one reason more than 200 commercial fishermen have written to the Forest Service imploring the agency to uphold the roadless rule."

We need to take action! Please sign now to tell Lisa Murkowski and Dan Sullivan, the senators of Alaska, that they cannot allow President Trump to open the Tongass National Forest for logging!