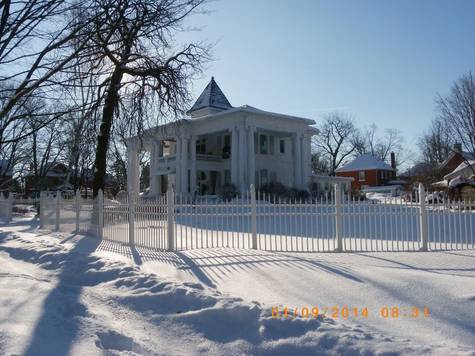 Save the Stratford White House

City chooses not to go forward with heritage designation.

The owners of the Stratford White House have applied for a demolition permit: http://www.stratfordbeaconherald.com/2016/04/20/de...

UPDATE: We presented our 329-signature petition to Stratford's Planning and Heritage Committee at the City Council meeting on April 11th. Afterwards the Mayor introduced a motion requiring City Council to retain legal representation and a planner and appear at the OMB hearing in May. The motion passed with one councillor opposed. We are pleased with this result. It seems Council is sympathetic to our position.

The petition is now closed but our funding site remains open. Again, thank you for your support. We could not have achieved this great result without you!

To make a financial contribution to the Friends of the Stratford White House legal costs: gofundme.com/exr8rb5g

To: Mayor Dan Mathieson and the Stratford City Council

The Stratford White House is an iconic part of Stratford’s heritage and an irreplaceable heritage resource. The original structure was built in the 1860s, and the property is currently the anchor of an unmatched collection of large heritage properties on the south side of St. David Street between St. Vincent and Birmingham Streets. The property is covered by a defined area zoning that was the result of a lengthy process less than ten years ago, and is designated as a Special Policy Area in the newly adopted Official Plan.

The bylaw and Official Plan designation are intended to preserve the integrity of the whole of the property. The proposed applications would substantially alter the defined area zoning bylaw, and render the Special Policy Area designation meaningless. These impacts are significant, not “minor”. Changes of this magnitude to a defined area bylaw and the Official Plan, should be made by City Council.

The requested variances and severance are contrary to the City’s Official Plan and its commitments regarding development involving heritage resources and areas. They are incompatible to and insensitive with the existing scale and density of the area, would destroy the inherent heritage qualities of the property, and significantly degrade the area as a whole.

We urge City Council to participate in the OMB hearing and ask the OMB to refuse the variances and not consent to the severances.