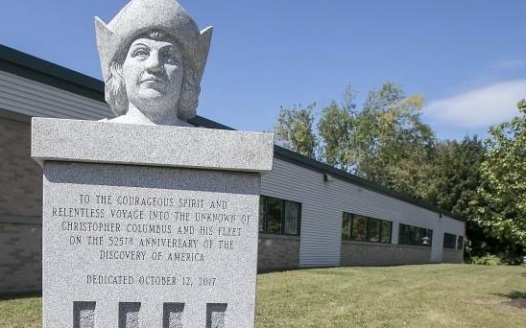 Connecticut Residents for the Preservation of Town Statues

758 people have signed this petition. Add your name now!

During these trying times, people on all sides of the political spectrum are highly inflamed and acting in reactionary fashions without much consideration for words or actions. Of recent it has been brought to social media platforms the idea of removing statues; as if removing these statues somehow would make matters of injustice in our history better. I present a different view to that narrative.

As a mother of a very history curious 11 year old, these statues give me many opportunities to discuss this great country's history with her. It keeps alive dialogue of both the good, the bad and even the painful.

The raising of monuments to protagonists of whatever cause is a poignantly human task. And it becomes more poignant as time changes its meaning. The arch of Titus in Rome for example commemorates the destruction and plundering of the temple of Jerusalem-a massive act of violence that was celebrated to display the power behind the violence. But,by now, no crime could be reassessed or remedied by pulling it down: it has become part of ancient history, which we preserve without prejudice to its meaning.

To remove statues, for whatever motive, is an effort to erase American history. No matter how painful or unjust our history is, it is to be learned from. So what do we do, remove our history and replace it with a new story...change a whole culture to suit a time driven narrative? I am not suggesting we don't look at the way people have been mistreated and/or abused in the past, but to erase history from plain sight by removing a statue sure won't help us to continue to learn from it. It is important we remember our past and build on the progress we have made.

As people, we are all prone to error, those errors do not negate all the good we do in our lives. It is so important that we come together in unity to recognize that while we are all flawed people, there is a greater purpose for each of us. Humbling ourselves and recognizing our differences is a great start. But erasing history by removing a statue does nothing but attempt to eliminate it from our sight.

There is currently a call for the removal of the Columbus statue. Columbus was an Italian who, while not without controversy, courageously sailed into the unknown. This paved the path for some of the world's most famous explorers, which allowed for trade routes into the "New World". This statue is intended to celebrate Southington's large Italian population and their heritage.

If you are in support of keeping the Columbus statue in place, please take a moment to sign the petition. This petition will be presented to the Town Council during a public hearing on the matter.