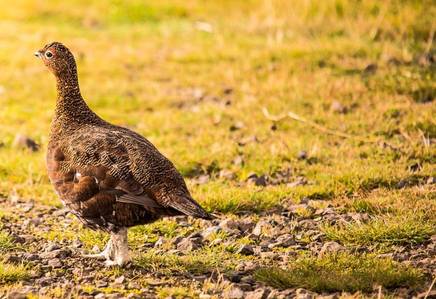 Save The Sage Grouse

Save the sage grouse! Sign the petition now so they don’t go extinct!

Aware of the fact that states and farmers have agreed to help preserve the sage grouse; the birds are still endangered.

Conscious of the fact that such promises are often broken unlisted animals continue to be endangered. The economic interests of parties to these agreements such as oil and mining businesses prevail over conservation.

Taking into account that many farmers take part in the Candidate Conservation Agreement Assurance means that even if the species’ population continues to decline, participating farmers won’t be required to intensify their efforts. They are only obligated to do what was proposed initially; no more and no less.

Reaffirming that it is a viable species in Western North America not only vital for the ecosystem but for human livelihoods because the sage grouse eat the native sagebrush that would otherwise grow too much and spark wildfires that threaten grazing lands and cattle production.

Acknowledging the fact that the Committee on the Status of Endangered Wildlife in Canada(COSEWIC) has designated the sage grouse as Endangered and added the birds to their ‘Species at Risk Act’ list.

Recalling this information, these birds are also a vital part of America’s ecological heritage , their best protection from extinction is the U.S. government..

The sage grouse are one of the very few birds that reside only in North America--nowhere else in the entire world.

The government should do all in its power to keep these unique birds thriving for the sake of the ecosystem and the enjoyment of many generations to come!

I am signing this petition in order to keep the sage grouse population thriving because they are a huge part of America’s heritage and are critical for a successful ecosystem.