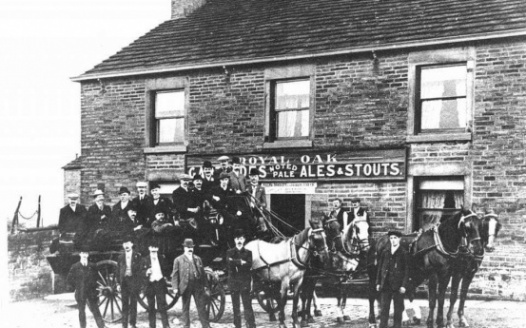 Save The Royal Oak Inn Glossop

Help local residents protect a 203 year old public house named The Royal Oak Inn, on Sheffield Road Glossop Derbyshire. The current owners want to demolish it to build 6 new homes to sell. The landlord/tenant of seven years has offered to buy the building for a fair price, the owners refused. The demolition and building of six houses is sadly more profitable than being fair and community minded. The owners are valuing the pub at one million pounds, this price is based on the pub already demolished and the land already granted permission to be developed into six new homes to sell!

The pub is a central part of the community, it has a long interesting history. An application to become a heritage England protected listed building has been made. The local MP Robert Largan and local councillors support saving the pub. It has been mentioned in parliament. This petition is to show solidarity with Chris and Boonta Sidebottom, to show that public opinion supports saving the pub. To raise awareness and the campaigns profile. It will be sent to the owners Ian Aveson and Blaise Winstanley directors of Kirtleway Ltd.

We ask these successful business men (who also own The Queens and The Bull public houses in Old Glossop) to sell Chris and Boonta the pub at a fair price. To have a social and moral Conscience, to listen to public opinion and save a piece of local history! It is an important part of the community. #savetheroyaloakinn