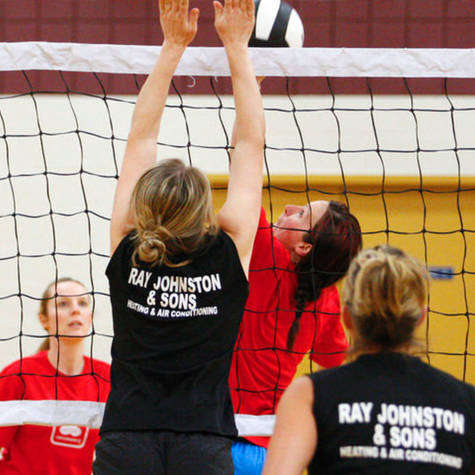 Save the Peterborough Ladies Volleyball League

The Peterborough Ladies Volleyball League has been thriving in Peterborough, Ontario since 1972! 45 years strong!! We started out at the YMCA and then we were fortunate to change to St. Peter’s Secondary School in 1993. We are a league of 18 teams varying in levels of play in 3 divisions, playing on Thursday nights from 7 p.m. to 10 p.m.

The league has been a place for the women of Peterborough to come together on one evening for friendship, exercise and to provide a place where they can feel welcome and supported.

Now due to changes in policy at the Catholic Separate School Board (PVNCCDSB) and online scheduling this could all change! Last year we were unable to secure our regular time slot at St. Peter's and scrambled to save the league by playing at 5 different Public School Board facilities. Due to the various locations we were unable to have referees for many of the season games. Unfortunately, at the end of our season in April 2017, many league members clearly stated that they would not play in the league if we were not able to play at 1 location. St. Peter's is the only school in the Catholic Separate School Board with the needed three gymnasiums for our league.

Being at one school, and at St. Peter’s especially, gave the women of the league a sense of togetherness; a coalition in support of our community. We have players that range from 16 years old to 68 years old, and we welcome every single one of them. Volleyball at St. Peter’s on Thursday nights was a safe and welcoming location for the women of the Peterborough community to come together. Now a computer program is going to change all of that!

Please come out and show your support for the league as we take our concerns directly to the Board at their next meeting on June 27th at 6:30 pm. We are asking for an appeal in the decision that was made to give our time slot to another volleyball league - a league that has locations in three other cities and can play at many other venues on many other evenings!

Let's show them how many of us this has affected!!! We are strong in numbers! Please sign this petition to show your support and keep this league going for another 45 years!!