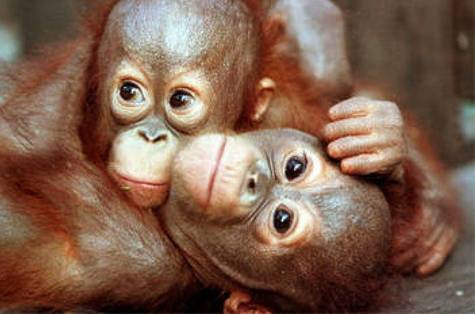 The Orangutan is continuing to lose its home at a dramatic rate due to the unsustainable production of Palm Oil. Findings from the World Wildlife Fund have suggested that the area of 300 football fields of rainforest is being cleared within each hour for Palm Oil production (Say No To Palm Oil, 2015). Which makes it not surprising that 90% of the orangutans habitat has been destroyed over that past 20 years and a 50% decrease in population in the past decade alone (The Orangutan Project, 2013). Findings suggest that the orangutan will become extinct within the next 5-10 years if no global action has taken place (Say No To Palm Oil, 2015).

It has been found that over 60,000,000 tonnes are being exported annually from Indonesia (Say No To Palm Oil, 2015). An alternative is the production of sustainable palm oil which aims to produce palm oil without causing harm to people or habitats. However, its standards need to be changed to ban deforestation and destruction.

Action you could take to help as citizens: (The Orangutan Project, 2013):

-Write letters to the government and manufacturers

-Speak on behalf of the animals losing their habitats

-Find out which of your favourite foods contain palm oil, and see whether it comes from Borneo or Sumatra, therefore destroying habitats (There is an application you can scan foods to find this out!)

-Share with friends to make your voice heard in society

Please sign this petition to help save the Orangutan from extinction. Small donations are accepted and appreciated but please don't feel obliged,

Thankyou for your time.