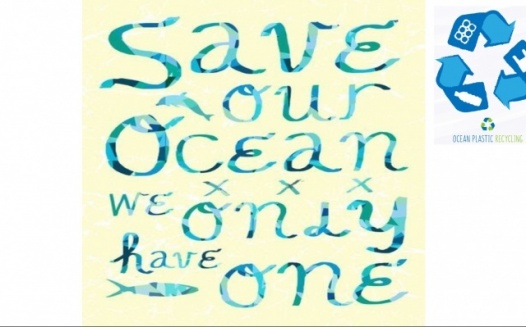 Save the ocean- kavya Thakur

Table of contents(what I will go through in this page):
1.introduction
2.What is happening under the sea?(about the topic)
3.why is this happening?
4.How can we stop this problem?(conclusion and more )
Introduction:
Did you know about the uncontrollable problems deep,deep under the sea? You might be thinking “well, how is it all humans fault, humans haven’t done much!.” Well, you might think that way but to let you know, up above it looks all settled, BUT UNDER THERE IS LOTS OF TROUBLE!! THE OCEANS ARE CRYING FOR HELP !!!There are so many problems to talk about but I am going to talk about the 2 most critical situations which is about people killing fish a lot(mostly from fishing) and huge amounts of plastic and litter from humans(I have a thought of why we shouldn’t throw plastic which I will explain later)

1.What is happening under the sea?
Littering:As you know, littering is a critical problem well known worldwide, it is a bad situation because when you litter, all that litter goes to the sea and fishes eat them and die and the amount of fishes in the sea drop down. And I had a small thought that when we do a lot of unnecessary littering, one day when we fish, we could kill ourselves! (Chances are not very high but depends on how much people are littering.) I thought that this could happen because when we throw plastic, fish (or other sea animals) eat it and die. Then when we go fishing in big oceans or lakes/rivers, there could be a chance of getting a dead fish which swallowed plastic. And if you don’t realize that, then you might just cook and eat a FISH WHICH SWALLOWED PLASTIC/LITTER!(just my thought) but the lesson is that you should not do unnecessary littering or litter when you know you can reuse/recycle it in some way.

Overfishing: overfishing might not be known as much as littering but it is still a critical problem in many oceans. What I mean by fishing rate is the amount of people killing fish when fishing. It is okay to fish but we NEED to slow it down now. It is not just you in the world who would be fishing at the moment there are probably millions of people fishing right now, (maybe less due to COVID-19) and as you know, there are 7.8 billion people on earth right now, and there are approximately 3,500,000,000,000 fish on earth in total which is more than humans but the amount of fishes is still close to humans amount and each human does not only catch one fish, fishers catch many fishes for food and there could have been more sea animals if we stopped fishing so much, so we MUST slow down the fishing rate.

2.Why is this happening?
Well, for example you throw some trash in the street. All that garbage does not stay there but how? Well when it rains and wind blows strongly and garbage you threw goes in the drain pipes (not Sure what it is called) in the street and then the garbage goes along with all the rain water and then soon ends up in the sea.(half of the plastic you throw goes to the sea.)But there is not only one person in the world doing that, there are millions of people throwing trash in the street, and imagine how much trash from all humans of the world look like? It would look like a ocean filled with millions of plastic bottles, spoons/forks and much more. This is why we MUST act now. It is not too late and we still have time so we must take it seriously. As I said that there are currently 3,500,000,000,000 fish which a lot BUT THERE COULD HAVE BEEN EVEN MORE IF WE STOPPED OVER
FISHING.

DID YOU KNOW?:
NatGeo: “Plastic trash flowing into the seas will nearly triple by 2040 without drastic action” if we continue wasting so much plastic.

3.How can we stop this critical problem?:
This is a critical problem but we still have a chance to change this. Here are some quick ways to recycle or reuse every day or disposable items:

Think before you throw that plastic bottle in the bin. Maybe you can make a flower pot or a pencil holder, you never know what you can make! If you want to find out more,find videos on how to recycle and reuse plastic bottles or other disposable used items at home. There are THOUSANDS of videos on YouTube that you can use to recycle plastic or any other disposable item used at home.
If you are going to a coffee shop and you already have a bottle or coffee cup at home,(not disposable) take it with you and you can ask the shop to fill in your reusable cup with the type of coffee you desire. Same for any other drink shops OR if you already have a thermos at home where you can fill in any homemade hot beverage you would like to take outside to drink when you want, take that instead of going to a restaurant! Your drink will stay warm and you will help to stop 1% of this problem!(when I say one percent, I am saying that because if everyone does it, it will soon be 60 or70%)
Try not to go fishing or buy fish too often, instead try eating non-seafoods as often as you can.
Can’t handle avoid eating fish?: no problem!!! Every time you are about to ask for fish to eat, think before you act, think about how sad the fish you are about to eat would look like, make a picture in your mind and it should probably control you from eating fish often:)

In conclusion, this situation is almost permanent, and it is SUPER CRITICAL . There is SOO MUCH LITTER IN THE OCEANS

THAT IT IS TURNING INTO A PLASTIC SOUP!!!!!!!! The oceans NEED more fish and LESS litter, BUT we are doing the OPPOSITE,

we are welcoming litter into the ocean and we are SELFISHLY killing loads of fish just so we can satisfy our food demands.

The ocean is a home of TRILLIONS of fish & sea animals and we are ruining it.

SEA ANIMALS, WE ALSO NEED TO STOP LITTERING, I have had ENOUGH OF THIS, and I’m sure you do too. There is still a chance to

save the ocean and I hope you Will ALL do the right thing to help stop 1% of this problem each. As I said the oceans are

CRYING for help and it is up to ALL of the humans on the planet to help stop this problem. Let’s ALL HELP TO SAVE OUR, AND ALL

OF THE SEA ANIMALS OCEAN.