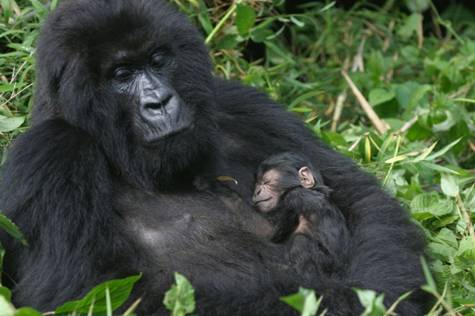 Save the Mountain Gorillas!

Nearly 790 Mountain Gorillas are left in the world and they can only exist in the wild. Mountain Gorillas are one of the four surviving gorilla subspecies. They're found in just two isolated populations, in the Bwindi Impenetrable National Park and the Virunga Volcanoes. They live in high altitude montane and bamboo forests. As herbivores, they mainly eat plants. These gorillas are going extinct because of human actions such as: war, habitat loss, and poaching. This species is helpful to the ecosystem because without these large grazers, the natural balance of the food chain would be disrupted. This could negatively affect other wildlife, and potentially the people who depend on that environment.