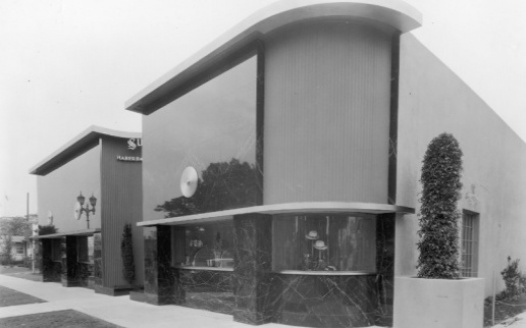 Save the Hollywood Reporter Building

1466 people have signed this petition. Add your name now!

The Hollywood Reporter Building has been submitted to the city of Los Angeles for consideration as an Historical Cultural Monument (HCM) and we need your help to show that volumes of Los Angeles residents (as well as people around the world), care about Hollywood's cultural landmarks. This petition will be shared with the PLUM (Planning & Land Use Management) Committee as well as the full city council.

The Hollywood Reporter started publishing on Sept. 3, 1930 and was the first daily entertainment trade paper to cover the motion picture industry from its base in Los Angeles. It is an intrinsic part of the story of Hollywood and is situated in an historic district with other still extant buildings (i.e. The Hollywood Roosevelt Hotel, the Chinese, El Capitan and Egyptian Theatres) from the same era. It could easily be adaptively re-used.

The Art Deco Society of Los Angeles began writing the nomination before learning that the building was slated for demolition. The Cultural Heritage Commission has vote to support the nomination and now we go to PLUM and to city council.

At this time, the developer who owns the land surrounding it, would like to demolish it as part of a proposed project that would level several historic buildings on the parcel.

The Hollywood Reporter Building, located at 6715 Sunset Blvd. (just west of Las Palmas), represents an important period in Hollywood’s history. Its demolition would be a profound cultural and historical loss. The property has unique value:

1. It is associated with William Wilkerson, the notable publisher and entrepreneur who founded the Hollywood Reporter, opened the Flamingo Hotel in Las Vegas, and owned numerous nightspots along the Sunset Strip. Mr. Wilkerson owned the building, and oversaw several early renovations and additions. His wife, Tichi Wilkerson was also notable and was the founder of Women in Film, which she began, to address the disparity between genders in the film industry. She herself was a rarity as a female publisher, when she took over after her husband's death in 1962. She also founded the Hollywood Reporter KeyArt Awards to acknowledge excellence in creative film marketing.

3. It is an elegant example of the exceptionally uncommon Regency Moderne architectural style. The interior is intact, featuring wood paneling, columns and a fireplace from the 1930s. This area had once been an elite menswear store called Sunset House.

4. Original Ibeams used to support part of the printing process are still intact in the ceiling of the portion of the building where the paper was printed until the late 1980s. As printed media itself becomes extinct, this is an important building to save.

5. Robert Osborne, a beloved figure to Turner Classic Movies viewers, wrote his Rambling Reporter column for many years for the paper, while it was housed in this building.

Time is of the essence. Historic Hollywood is vanishing. Please add your voice to the chorus of concerned Angelenos who believe the Hollywood Reporter Building contributes to the unique cultural, historical, and aesthetic character of Hollywood and should remain.

Please sign to voice your support this nomination. We encourage adaptive re-use of this historic building.