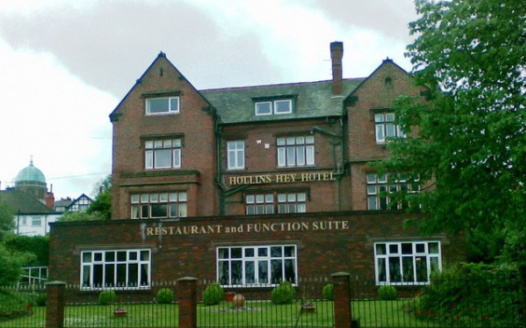 Save the Hollins Hey Hotel building in New Brighton

Proposed demolition of existing hotel and replacement with 14 no. apartments and associated car parking.

We the undersigned respectfully request that Wirral Council’s Planning Committee refuses the above planning application on the following grounds:

The planning application is little changed from an earlier application (reference APP/17/01387) refused by Wirral Council on 18 May 2018. Consequently, it is entirely appropriate that this application is also refused;

The planning application takes no account of the existing building's heritage value – which dates from the 1880’s. As stated in national planning policy, it is a ‘’non-listed heritage asset’’ and in accordance with the Council's own Validation Checklist the applicant should be required to commission an independent Heritage Assessment so that the merits of the existing building can be understood and weighed in the balance in formulating a decision on the application;

Notwithstanding the above, our strong preference is for the building’s retention and that all alternative uses are explored, including residential use, in order to give the building a viable future. This approach has been successful nearby, where old buildings have needed a new purpose. For example, at the former PH on Albion Street and in relation to the former Chelsea Reach nightclub on Victoria Road.

The planning application fails to demonstrate that the proposed block of flats represents good design as required by the National Planning Policy Framework (NPPF) 2018. In view of the previous refusal on design grounds and the strong opposition to the proposal, it is considered entirely appropriate that the Council presents the application for an independent review of the proposed development’s design prior to taking a decision; and

The quality of information provided with the application - in order to allow the local community to assess the development’s impact - is poor. Nonetheless, it is clear that proposed 5-storey building is entirely at odds with the character of immediate buildings and the wider area. The development, because of its poorly conceived modern design and external appearance would be an alien and inappropriate feature and would have a negative and detrimental impact upon the character of the adjacent buildings and the appearance of the wider street scene. As a result, the proposal is contrary to national planning policy. It is also contrary to Wirral Council’s own planning policies.

In the event that the Council wish to approve the application, we request that Planning Committee first undertake a visit to Hollins Hey to view the site and surrounding.