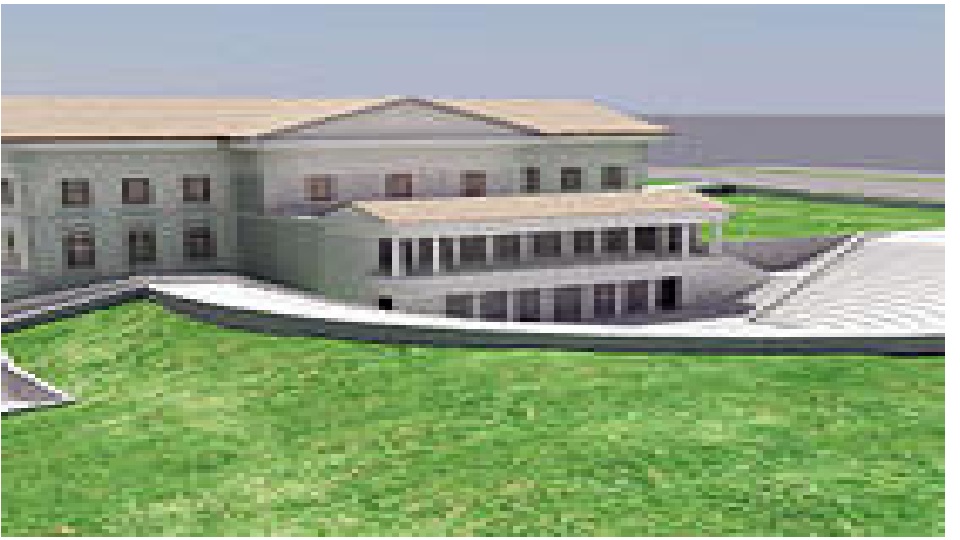 Save the Hellenic Studies Center at Univ. of Rhode Island

The Hellenic Studies Center is currently under construction using privately donated funds at the Kingston Campus of the University of Rhode Island. However, the University is considering to abandon this project and turn the land over to private development. We need your help by signing this petition and collecting as many signatures as possible to send a strong message to the Rhode Island government to allow this project to completion. Let us make this petition viral and send it to all your email friends. Please read on the rest of this petition to appreciate the significance and urgency of this project.

The Center will be comprised of the Rodos Educational building, which is a building of classical Greek architecture, an open air ancient style Greek theater, and a small orthodox chapel. The project is spearheaded by the Rhode Island chapter of Paideia, a non-profit Greek-American organization dedicated to advancing learning about classical and modern Hellenic culture and language.

In an agreement with the University, Paideia has been given a long term lease of the land and is in the process of constructing the facilities of the complex. The Rodos educational building will showcase Byzantine architecture, art and history in an authentic venue. The building will contain classrooms, a small lecture hall, offices, a library, archival storage, the chapel, and exhibit space. A replica of the three pillars from the Acropolis of Rodos will be a prominent feature of the building. The facility will allow expanded curriculum offerings centered on Greek language, culture, and history and serve as home to the URI Humanities Center.

The theater, patterned after the open air ancient theaters of Greece, will showcase educational and cultural events and serve as a valuable resource not only to URI, but also to other universities, secondary and elementary schools in the state and the surrounding region. There will also be an outdoor Socratic corner for gatherings.

Construction started in earnest in 2011 but progress has been slower than anticipated due to difficult economic circumstances. It is currently about 50% complete. However, because the value of land has increased significantly since the original lease agreement, powerful commercial development companies are putting pressure on the University and the Rhode Island State Government to abandon the Hellenic Studies Center project and turn the land over to private development.
We would like to send a strong message to the Governor of Rhode Island that it will be a tragic mistake to abandon the Hellenic Studies Center project and thus deprive the State of Rhode Island as well as future generations of students from all over the United States of a beacon of light emanating the timeless teachings of ancient Greek art and philosophy. The Center will be a unique asset and a tremendous attraction for URI students like at no other teaching institution. It is the Center's purpose and objective to make it possible for such teachings to become easily accessible to all Americans interested in Classical studies.
Please sign this petition and ask all your friends to do so, regardless of which State you or they may reside. This Center will provide significant cultural benefits to all citizens. We need to give a strong message to the Governor of Rhode Island, the Hon. Gina Raimondo, that she needs to protect this project and allow it to come to completion as it will be unique to Rhode Island and beneficial to all Americans.
Thank you for your support.