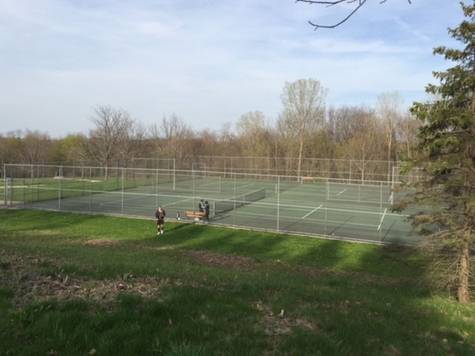 Save the Garner Park Tennis Courts

Goal: Save the Garner Park Tennis Courts by The Friends of Racquet Sports

The purpose of the petition is to save the two tennis courts at Garner Park (333 Rosa Rd.) AND to help bring a dedicated pickleball facility to Madison. On April 19, the City of Madison approved a plan that will remove the two Garner tennis courts and convert them to six dedicated pickleball courts. The decision was made without consulting the GMTA, USTA, Tennis Industry Association, high school coaches, or area tennis teaching professionals. The project was backed by a group called Friends of Pickleball, which helped raise money to fund the project.

The Friends of Racquets Sports supports the creation of a dedicated pickleball facility, but we are against the zero sum approach that promotes pickleball at the cost of losing two tennis courts, especially two that have a natural windbreak and a partial divider. We also object to the manner in which the project was approved--quickly with no communication from the tennis community. The loss of those courts will hurt the sport of tennis in Madison. In 2015, there close to 2900 USTA league players in Madison. That is only a fraction of the total number of tennis players. The city needs more courts, not less.

We have asked the City to delay the project while alternatives are explored and so that the City can track how much the Garner courts are used this season, something it has not done. Surely, there is a feasible way to promote pickleball without removing the Garner courts.

If you agree, please join us in our effort by doing these four things.

Time is of the essence because the project has been approved for bidding.