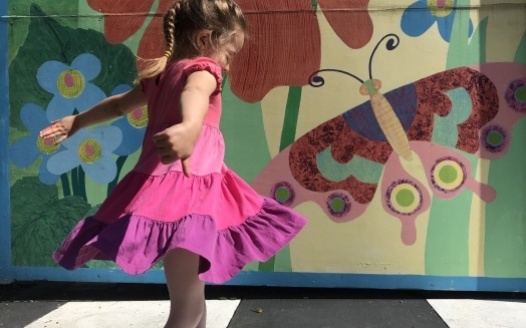 Save The Discovery Center!

SAVE THE DISCOVERY CENTER UPDATE 9/12:

Our petition garnered 1,031 signatures between Sat. 9/5 and Wed. 9/9 — 922 online and 109 handwritten. That’s an INCREDIBLE community response! It was submitted to local, state, and federal officials as well as the Boards of Directors for both organizations and to local news media on 9/10.

THE SILENCE IS DEAFENING!

Just like the major donors and private foundations which have been asking for financial and feasibility studies for months, the signatories of the petition have not been given the respect of a response—not even an acknowledgement that it was received!

Meanwhile, local business leaders and stakeholders are being told that the financial situation is dire, and that the Story Garden is in a “dismal” state of disrepair. Anyone who’s been there this summer knows how untrue that rumor is! It’s time to start asking DC board members what they’re doing to fulfill their Duties of Loyalty and Care to the museum:

1) Why was it not made clear or openly shared that the Discovery Center was facing severe financial hardship until after COVID struck?

2) What grants/funding to sustain operations have been pursued from March to today?

3) Have you seen true financial reports, not summary statements, that outline projections for not only the impact of merging but also strategies to maintain independent operation?

4) What is the bottom line, hard dollar figure needed to keep the doors open?

5) What unmet community need as identified in a community assessment is fulfilled through merging versus independent operation?

6) Do you defend the museum and Story Garden against accusations of “dismal” disrepair?

7) The Roberson clearly stands to gain advantage through this merger. What does The Discovery Center gain that is inaccessible through independent fundraising/capital investment campaigns?

8 ) Mergers often fail. For example, the local Symphony and Opera merged operations for the sake of gaini efficiencies, and it did not work out. What studies and projections do you have that make you feel confident this will work as intended?

*Boards of Directors are the safeguards of public trust. Major donors and private foundations are being frozen out of a discussion the outcome of which will reverberate through our community for generations. Recent attempts to convey this merger process as “early on” and an exploration of all possible affiliations do not accurately represent the scope of decision making already undertaken behind the scenes. That is NOT conducive to building trust or consensus in a community.*

Here are the members of the Discovery Center Board of Directors. Send them these questions along with any of your own, and let them know that the public cares about this conversation!

We have closed this petition in order to submit it to the following organizations:

Between 922 online signatures and 109 handwritten signatures, we collected a total of 1,031 signatures in just FIVE DAYS! If you didn't get a chance to sign but are still interested in how you can help, contact Gabby at gemwayman@icloud.com.

NO FINANCIAL DONATIONS AT THIS TIME! The screen after you sign is asking you to contribute to iPetitions, NOT The Discovery Center.

Families, donors, and partners of The Discovery Center of the Southern Tier, Inc. are seeking transparency and documentation of due process to the discussion of potential merger of The Discovery Center and the Roberson Museum and Science Center. Both are long-standing museum institutions located in Binghamton, N.Y. with rich histories of contribution to the education and culture of our community.

Stakeholders and constituents outside of the executive committees of the Boards of Directors for each institution have been unsuccessful in their attempts to gather financial and feasibility studies. The public and signatories below are concerned with the lack of demonstrable due process and the unanswered questions surrounding the reasoning and motivation behind merger planning. We are asking to officially record the concerns of the community and interested constituents, and for your assistance in bringing transparency and public discussion to this process.