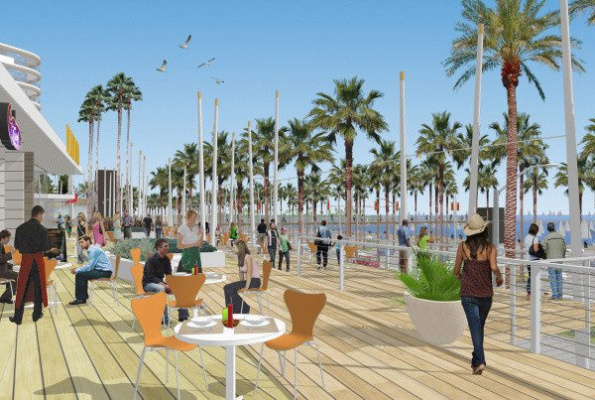 SAVE THE BLUE HERON NESTING TREES AT LONG BEACH MARINA

274 people have signed this petition. Add your name now!

Act now to save Blue Heron nesting trees at the Long Beach Marina! The developer of the 2nd & PCH Project plans to remove 30 healthy palm trees along Marina Dr. for the installation of new palm trees, thus destroying existing nesting sites. Blue herons nest in tall trees and the location of these palms, close to the Los Cerritos Wetlands where the herons can forage, make them particularly valuable. These are public trees along the public parkway, not private property. Because they are shorebird nesting sites, the trees fall under both the Migratory Bird Treaty Act and the Coastal Act. Palms just across the street in the Marina are protected by a special agreement which prohibits the city from even trimming them without consulting the Audubon Society, the Dept of Fish and Game, and the Coastal Commission. However, Shawn Crumby, representing the LB Dept of Public Works, is working with the developer to remove the thirty palms, calling them "weeds." Crumby could not explain how the palms were a problem, saying only that they did not fit the developer's "vision," pictured above. Yet here we see many similar, if not the exact same palm trees, which ultimately makes removing them quite redundant. Crumby stated that the city is working with the Coastal Commission staff and that, because it is nesting season, the trees would not be removed before August. However, we need to act now! The removal of these trees is in no way either necessary or legal as it violates the city tree policy which the developer promised to follow. "The City will only remove or allow removal of a street tree if it is dead, dying, diseased, uprooted, damaged and in danger of falling, or where tree root-damaged sidewalks and curbing cannot otherwise be safely corrected. The City will not allow removal of a tree solely because of leaf, flower, berry debris, or personal preference." Petitions will be sent to the Department of Public Works, Long Beach City Council and Mayor, and the California Coastal Commission.