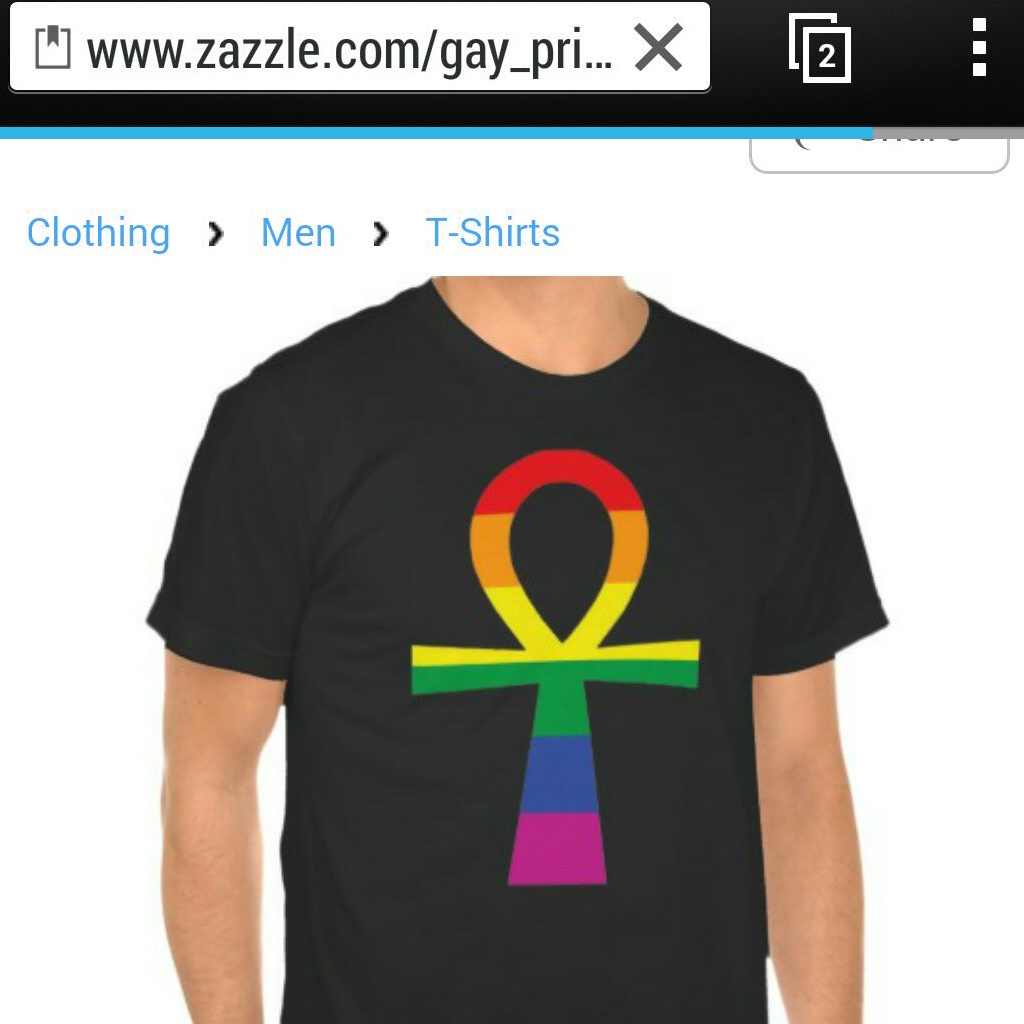 Gay Pride/LGBT Ankh shirts have recently surfaced on the internet. This oxymoron is blatant disrespect and degradation of Afrikan spirituality. Furthermore, this false representation is an attempt to sabotage and misrepresent an Afrikan symbol.

The Egyptian Ankh is a sacred symbol that represents eternal life in the traditional Afrikan culture of ancient Kemet(known today as Egypt). Historically, Kings and Queens would wear the Ankh as a representation of their spirituality.

LGBT represents just the opposite of the Ankh. What this organization represents is of no relation to the sanctity of Ancient Kemet and the Ankh.

Homosexuality can not produce life, it can only destroy life. LGBT, its members and supporters believe in just the opposite of eternal life, which is what the Ankh represents. As proud Afrikans we refuse to let our culture be stolen and used for destructive purposes.

Freedom of speech has its limits when it falsifies history. This is an attempt to misrepresent and redefine an Afrikan symbol. If this is not stopped, future generations will believe the Ankh is a symbol of homosexuality. History tells us that this also happened with the rainbow. What was originally a symbol of hope and prosperity is now synonymous with the LGBT movement. This would not be tolerated if this had been done with the traditional cross; neither will it be done with the Ankh.

We will not allow the Ankh nor Afrikan culture, to be infiltrated, stolen or misused.