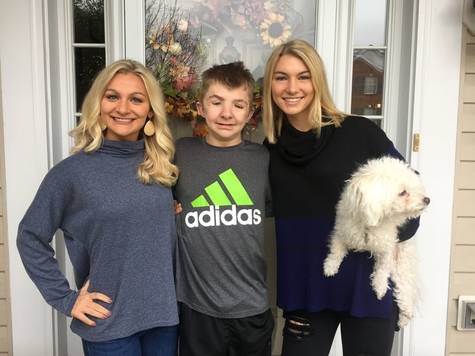 Save the Affordable Care Act in Missouri

The Affordable Care Act (nicknamed Obamacare) was passed by Congress and signed by President Obama in March, 2010. Many Americans are uneducated about how Obamacare works and just assume that it "cost trillions of dollars and has been the worse thing to happen to our country". However, the fact of the matter is that Obamacare has done more good than bad. Premium costs have been increasing before this Act was passed, but now working families and small businesses have reduced premium costs due to the billions of dollars they receive in tax relief (the biggest middle class tax cut for health care in history). This Act doesn't ruin small businesses- a common misconception. Small business owners can choose the insurance coverage they want (choose how much they want to spend which can be less than $100 dollars a month). Small businesses will also receive a new tax credit to help with the cost of covering their employees with insurance. The ACA also keeps insurance companies honest by controlling their habits to cheat you (for example: they can't deny coverage to people with pre-existing medical conditions).

Taking the focus off of small businesses, the ACA also allows birth control to be free. 98% of women in America have used birth control at some point in their life. If birth control wasn't free, then insurance companies can charge however much they want for it. If birth control is too expensive, not as many women will be able to afford it and as a consequence they will have a higher chance of getting pregnant. If more young adults or teenagers who aren't ready to have a child yet (financially or physically) get pregnant, then abortion rates will skyrocket.

After informing you of what Obamacare truly does, I'll tell you about my own family's benefits from Obamacare. My 14-year-old brother, Ben, was born with a genetic disease called Fiffers Syndrome. This disease doesn't harm him mentally, but it causes the bones in his skull, hands, and feet to fuse. This stops him from being able to do simple activities: writing legibly, throwing a baseball, seeing well. To add to his disabilities, during his last surgery in May he was accidentally blinded by the operation. He has had more surgeries by the time he was 3 years than most people have had in their lifetime. Our insurance would cap his expenses at one million. Ben has far exceeded his limit and is only 14. Without ACA to end insurance caps, my family would Be In millions of dollars in debt.

I am starting a petition to keep ObamaCare, to save families like my own from financial instability. There are many petitions started already, but another one won't hurt. I realize I'm just a 17 year old girl trying to make a difference in our national government and that there is a small chance that my voice will make a difference, but you have to start somewhere. I am primarily trying to raise an awareness for the benefits ACA does for normal families like my own. If you care to help and raise awareness with me, you can sign this petition and hopefully if it gets enough people I can send it to Missouri's elected representatives: Claire McCaskill (senator), Roy Blunt (senator), and Eric Greitens (governor). With this, hopefully they will fight with us to save the Affordable Care Act in Missouri, and eventually the whole country.

Here are my sources for my information;