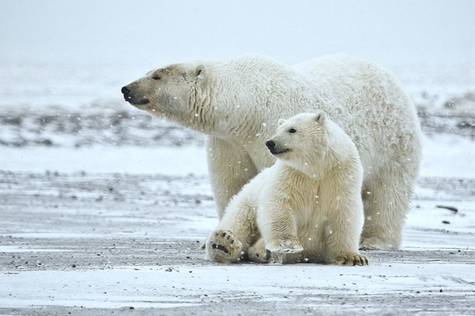 Save The 280+ Animal Species In ANWR!

Imagine that you are a mother polar bear searching for food to feed her cubs. In the Arctic, the ice sheets are melting, a predator can eat her cubs, and even more dangerous is the oil drilling that might happen in the Arctic National Wildlife Refuge (ANWR). Don’t imagine this situation anymore, because it is already happening right now. My name is Chaerin and I am a 10-year old student from South Korea who has investigated about the tragedy of animals losing their habitats and almost being extinct. I am an animal lover and for me, it’s important to protect animals’ rights to live. If we allow ANWR drilling, the Arctic animals like the polar bears would be extinct, which means that when I am 30 years old, I will only have pictures and videos to remember them by. This petition is asking for companies in Alaska, and the president of the United States to not allow drilling in ANWR.

Do you know what the consequences are if you drill in ANWR? Think about it. I researched and learned that the oil drilling companies will be harming the environment by polluting the water, soil and the air, as Sheryl Canter wrote in “Why drilling in Alaska’s ANWR Is a Bad Idea.” Right now, the oil companies in Alaska need more oil because they’re just about finished with the last drops of oil left in Prudhoe Bay. They predict that there is a lot of oil in ANWR so they want to search oil there to make money. But there are 37 species of land mammals, 42 fish species, and more than 200 migratory birds, according to the “Arctic National Wildlife Refuge.” Put yourself in the animals' place. How would you feel if humans probe your shelter and you had no place to stay in? "The Coastal Plain of the Arctic Refuge, one of the few remaining places in the country as pristine today as it was when the oldest Alaska Native communities first set eyes on it, is too precious to put at risk," stated John Podesta from the administration of Barack Obama. Companies in Alaska want to drill in ANWR because they predict that there is a lot of oil, but ANWR is a protected and a well-preserved place. In my opinion, it should stay like that.

Let me remind you again! It is extremely important that the Arctic National Wildlife Refuge be protected because of all the living things that live there. In some parts of the world, animals are becoming extinct and it’s either because of humans taking their shelter, or of the air pollution. ANWR is such a precious well-preserved place. If we allow bad habits, then we’re allowing the situation to get worse without a solution. My dream in the future is to go to Alaska and see all the animals and explore but if we continue planning on drilling, all the animals in ANWR will be gone. There are millions of 10 year old kids like me out there and they have the same dream as me. They have dreams of wanting to become scientists, and veterinarians to study the animals. We don’t want animals to be gone. What we want is more animals to reproduce every minute because it’s one of their rights and humans need animals to survive.