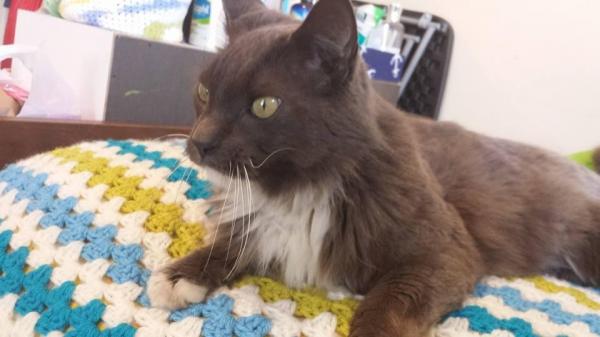 This petition will actually do something. Our opposition has agreed to conform to our terms if we can get 1000 signatures. Please spread the word of Swiss!

Some people want to see Mr. Swiss' name changed to Smokey or Milton. It is clear that neither of these names are fitting for a feline with such....well, look for yourself.

Mr. Swiss was named with the following facts in mind:
-He is a distinguished cat
-He is really cute
-He is a male (probably)
-The first thing he smelled when we met him was Swiss cheese
-He is no longer a child

By signing this petition, we have a fighting chance of letting Swiss keep his name that we have all grown to know and love!


Some background:
When we first met Mr. Swiss, he was a no-name abandoned cat on the streets, meowing around town and begging for food. He cordially greeted us with cuddles and warm meows, and smelled our Swiss cheese. He was also probably a guy. And so, we named him Mr. Swiss. Since then, he has been perfectly integrated into our house-dynamic. He is polite, friendly, and loves the attention that we give him. He also loves being called Mr. Swiss.