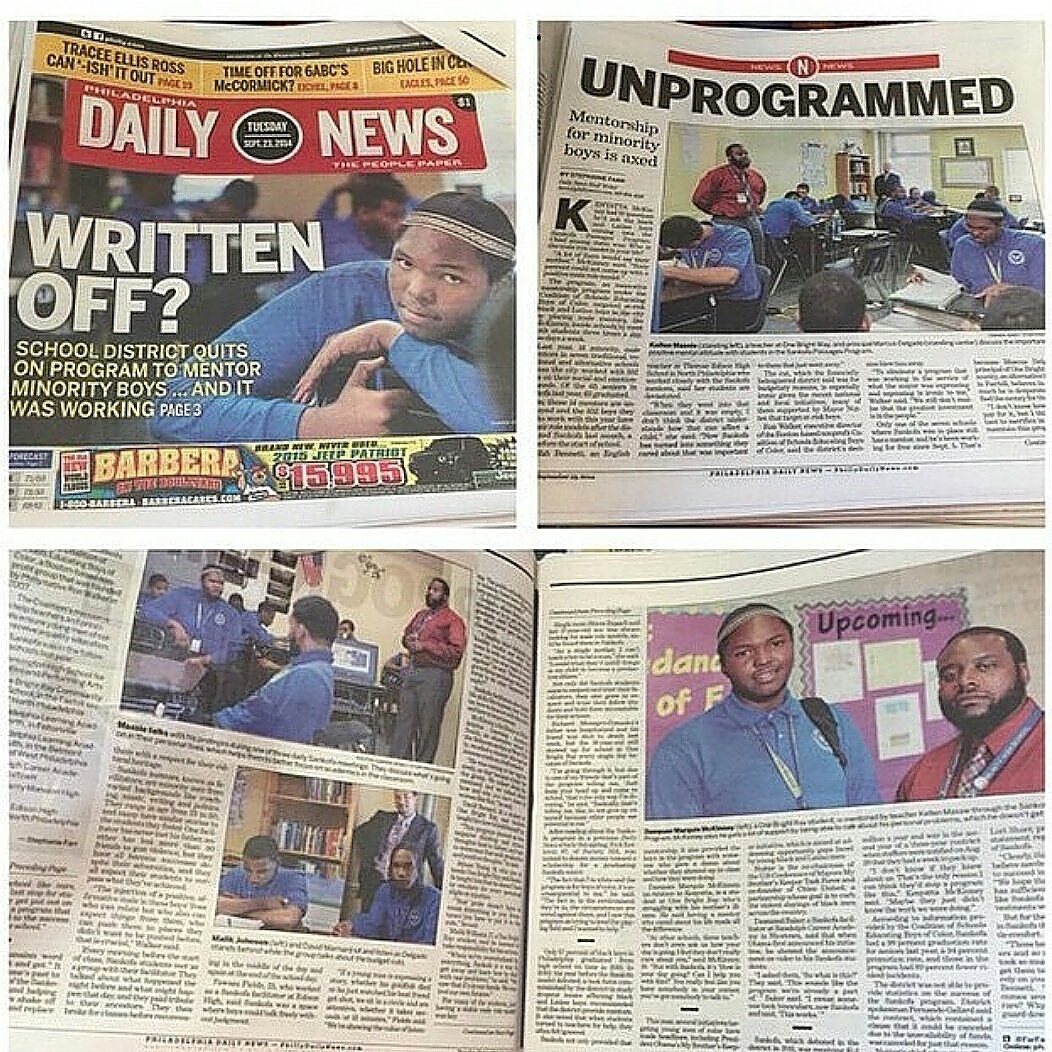 Save Sankofa 0 Comments
400 signers. Almost there! Add your voice!
95%

On August 27, 2014 the School District of Philadelphia implemented a series of severe budget cuts; one of which eliminated the 444-Sankofa Passages Program.

The 444-Sankofa Passages Program is an innovative program intended to meet the academic, social and emotional needs of African-American, Latino boys and other young men of color. For the past five years, the 444-Sankofa Passages Program worked with the School District of Philadelphia to prepare young men and boys of color for life successes and challenges of the 21st century. These young men were provided opportunities to develop their academic & cultural knowledge, technical skills as well as their personal, psychological and physical development. This was accomplished by working with these young men daily during school hours; local and out-of-state trips; post-secondary preparation and exposure; as well as an annual Summer Leadership Institute. The program’s goal was to ensure that our African American, Latino and other male students of color were able to navigate and overcome the day-to-day challenges of inner-city youth, while also helping them to defy the stereotypical narratives often placed on these young men.

The 444-Sankofa Passages Program which was developed by the Coalition of Schools Educating Boys of Color (C.O.S.E.B.O.C.) has helped over a thousand at-risk African American, Latino and other young male students of color in Philadelphia turn their lives around. Sankofa participants achieved a 98% graduation rate, improved their promotion rate to 94%, and we saw an 85% increase in attendance, plus 89% fewer violent incidents and adverse behaviors. 80% of Sankofa students were ranked ‘exceptional’ on the District’s own performance matrix; 90% were mid-range or higher.

On Friday, September 5, 2014 the program, its 16 facilitators and other staff members received pink slips. Over 350 young men of color in 7 Philadelphia high schools lost the program on which they deeply depended.

While we understand the current economic crisis within the School District of Philadelphia, we want all boys of color to succeed in school and in life. Programs like Sankofa that are making a difference for Philadelphia’s at-risk male students should not just go up in smoke at the stroke of political pens.

Help us stand up for the 444-Sankofa Passages Program, the facilitators and most importantly the students who benefit from a leadership program that promotes educational and life successes.

We need your help to save the 444-Sankofa Passages Program!

Please sign the petition so the program can be reinstated in the Philadelphia schools when budgets are reevaluated by the School Reform Commission.

We the undersigned insist that the 444-Sankofa Passages Program be reinstated in the Philadelphia Schools.