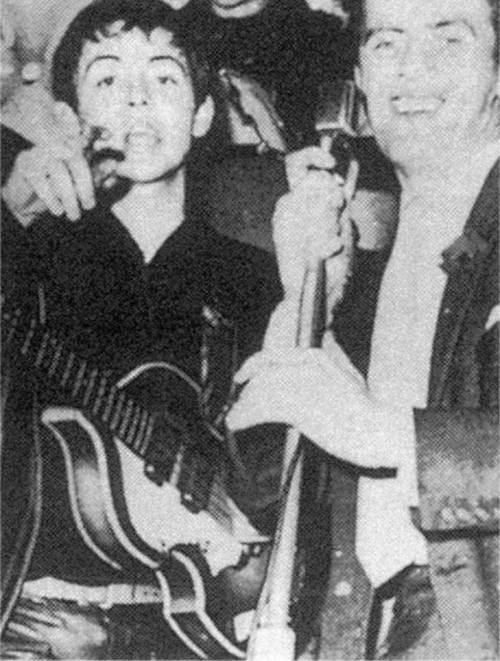 Save Sam Leach for Beatles' History

Sending out an S.O.S.

Sam Leach was a true rock ‘n’ roll evangelist. A Liverpool visionary with a great big rockin’ heart and towering dreams. A promoter who was way ahead of his many contemporaries—in both scale and daring-do—and who was always seeking bigger and better ways to give beat fans the best in rockin’ entertainment. A man who caught the emerging spirit of the times and did a huge amount to promote the early success of The Beatles—long before Brian Epstein came on the scene—long, long before ‘Beatlemania’ hit Great Britain and the rest of the world.

Paul McCartney refers to the early days as being “The Sam Leach Era” (BBC Radio Merseyside 1984). John Lennon once said: “Sam Leach was the pulse of Merseybeat. What he did, the rest copied.”

Sam Leach deserves to be celebrated along with them—deserves far more than being relegated to a minor footnote—or worse—to be erased entirely from Beatles' history—as so often seems to be the case.

The Heritage Foundation in London put up a Blue Plaque—in Argyle Street—right next to the London Palladium—to mark the fact that Brian Epstein once had his NEMS office there from 1964-67. There's also an on-going campaign to have a statute erected in Liverpool in memory of Brian Epstein (a wonderful idea).

Pete Best had a Liverpool street in postal district L12 named after him in July 2011—Pete Best Drive. (Nice one, Liverpool.)

New Brighton Council had a commemorative Blue Plaque put up to mark the 27 performances The Beatles made at the site of the Tower Ballroom—with Sam Leach on hand to witness the proceedings. A great first step, admittedly, but there's still no mention of Sam—the man who first had the idea of showcasing The Beatles and other Merseyside groups at the Tower.

And don't get me started about Sam being left off the privately funded plaque to commemorate The Iron Door Club. The very idea of having an all-nighter there—which helped to fuel the entire Merseyside beat club scene and which was later much copied—surely deserved a mention—they could have easily made room for it.

All of which begs the question: Is a Liverpool street named after Sam too much to ask? Sam Leach Drive. Sam Leach Way. (Because, like Pete Best, Sam certainly had tons of 'drive' and he was ever searchin' for new ways to promote rock 'n' roll in The Rockin' City.) Isn't it about time Sam Leach had his very own commemorative 'Blue Plaque' in Liverpool city centre—where Beatles fans from all around the world can see it and applaud it?

I know there are many dedicated Beatles’ fans—out there—who rightly revere Sam Leach for all he did way back when. And I'm sure many of them would support an effort to 'Save Our Sam' for Beatles' History—starting with Liverpool—and then, hopefully, expanding from there.

Help “Save Our Sam” for Beatles' History!