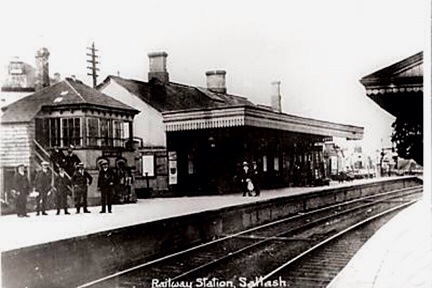 383 people have signed this petition. Add your name now!

We would like see the former Saltash Station building restored and refurbished so that the Gateway to Cornwall, and the Town of Saltash is improved for everyone.

The building should be used as a waiting room for the station, a restaurant or cafe and heritage centre for the Royal Albert Bridge. Space could also be used for other community activities. This would encourage more visitors to the town and improve the area around the station.

The Royal Albert Bridge sits alongside Saltash Station, and has been refurbished to the highest standards by Network Rail.The bridge is Isambard Kingdom Brunel's finest construction, a unique design, repeated nowhere else in the World. A Bowsprung Suspension bridge that defies belief, operating over 150 years after it was opened by Prince Albert in May 1859 at Saltash Station. The bridge is on the list of potential UNESCO World Heritage sites.

The station building has a rich history, once being the busiest station in Cornwall, where fruit, vegetables and flowers from the Tamar Valley were loaded onto trains. Before the road bridge was opened thousands travelled to work through the station, many still remember the ticket office and waiting rooms. Please help achieve this by supporting and signing.

This petition is aimed at local councils, heritage organisations and other bodies of influence.