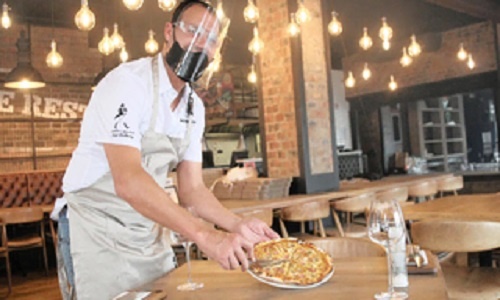 Save Restaurant & Tourism Industry in SA

This comes when the Minister of Employment and Labour has extended the terms of the Main Agreement of a newly formed Bargaining Council for the Fast Food, Restaurant, Catering and Allied Trades (‘BCFFRCAT’) to establishments across the entire country, coming with high costs to non-parties in a struggling industry.

The implementation date of this agreement (‘the Main Agreement’) is Monday, 18 January 2021.

President Ramaphosa and many other leaders have committed themselves to economic reform ’to á new economic dawns’. In support of this vision we made regular submissions to government to modernize the economy. Despite class actions by Cofesa, Neasa and the Free Market Foundation to protect the rights of non-parties the Department of Labour tightened legislation and strengthened the discretionary powers of the minister. This further bolstered the powers of the trade unions and the system.

It is time to call on President Ramaphosa to exercise his presidential powers and to place an immediate moratorium on bargaining council extensions to non-members using the ‘Temporary’ Removal of Restrictions on Economic Activities- Act 1987.

This Act “empowers the President to suspend temporarily laws or conditions, limitations or obligations hereunder or to grand temporary exemption from the provisions thereof, if in his opinion circumstances exist under which the application of or compliance with those laws, conditions , limitations or obligations unduly impedes economic development or competition in the economic field, or the creation of job opportunities: and to provide for incidental matters” Mr van der Merwe said.

Cofesa calls on businesses in tourism, catering, fast foods and organised employers’ organisations affected by the surprising extension of a bargaining agreement to non-parties to jointly approach President Ramaphasa for urgent relieve to save the industry and spare thousands of jobs’ Mr TJ van der Merwe, operational manager of Cofesa announced.