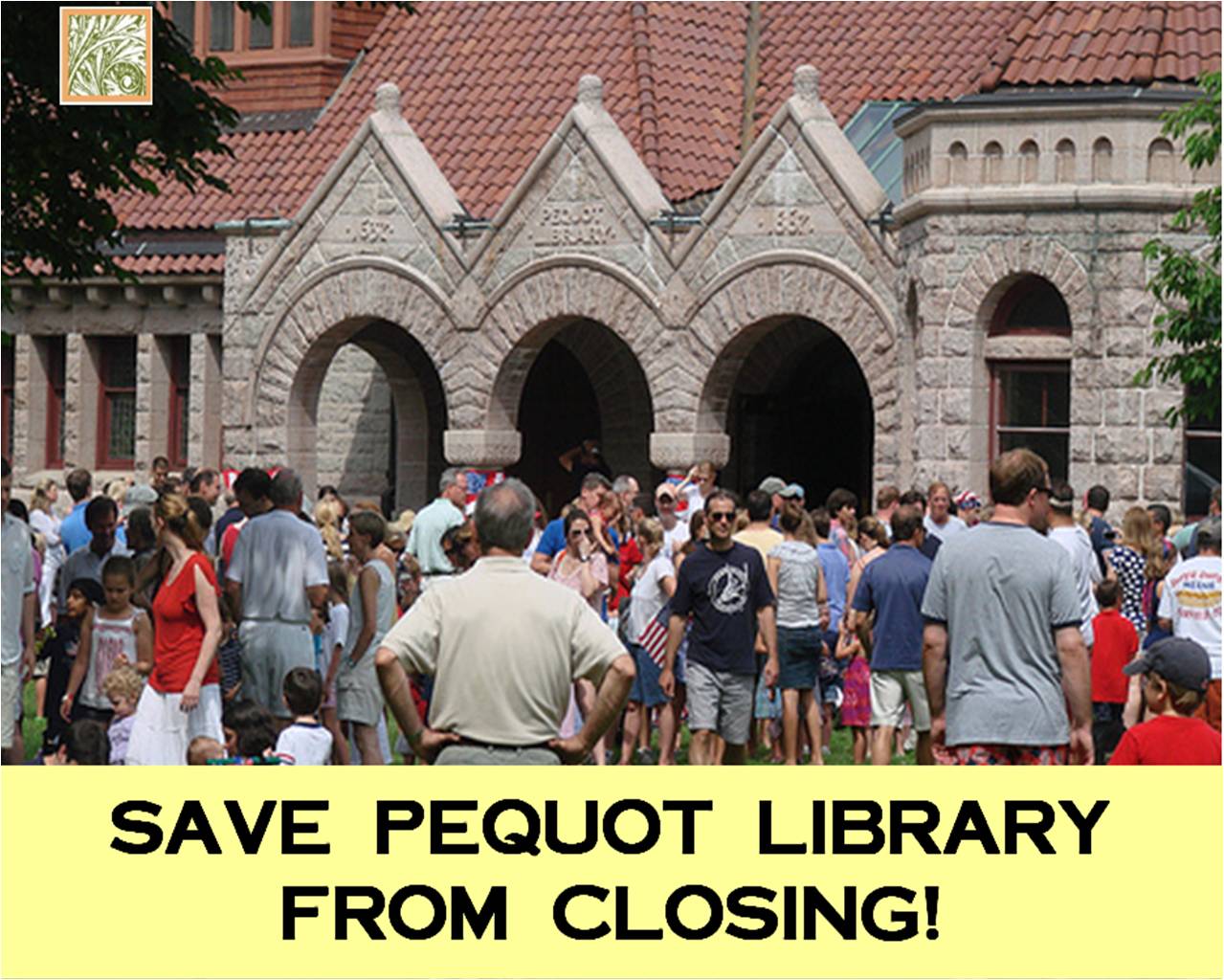 We support reinstating Pequot Library's funding from the Town of Fairfield.

For as long as anyone can remember, the Town of Fairfield has provided 1/3 of Pequot Library's operating budget. This year, the Town Finance Committee voted to cut the entirety of Pequot's grant, leaving a hole that is impossible to fill before July 1, 2013 when the cut would take effect. The hard truth is that without the Town's funding, Pequot Library, which has been serving Fairfield and the surrounding towns for over 120 years, may be forced to close its doors. Please don't let this happen.

•  Pequot Library is an integrated part of Fairfield's library system, providing circulation/lending services to all citizens of Fairfield and neighboring communities with over 80% of our users and supporters from outside Southport

• Pequot had over 115,000 visitors last year alone, including 28,000 attendees of its cultural and educational programs

• For generations Pequot Library has preserved and exhibited its nationally-regarded Special Collections, which date back to Columbus’ first letter to the King and Queen of Spain

Pequot Library is more than an integral piece of Fairfield's library system. It is a cultural center for Fairfield and the region that educates and enriches our lives.

We support reinstating Pequot Library's funding from the Town of Fairfield so that we will not lose this historic treasure in our community.