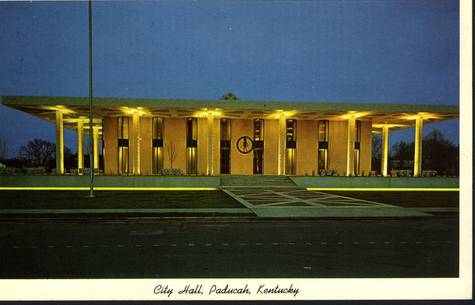 We, the undersigned citizens/taxpayers of Paducah, Ky, request the Mayor and City Commission to restore our Edward Durell Stone-designed City Hall in lieu of demolishing it.

“A new, well-planned, well-designed city hall will be a symbol of Paducah’s economic resurgence. It will be an indication to citizens and visitors alike that something new is happening in Paducah. The psychological effects of such a new building, having good land-use planning, and architectural design, will be of considerable value in changing Paducah’s image from that of just another Ohio River town to that of a community which has taken hold of its problems and is working toward their solution.” - on the building of City Hall, PADUCAH 1962